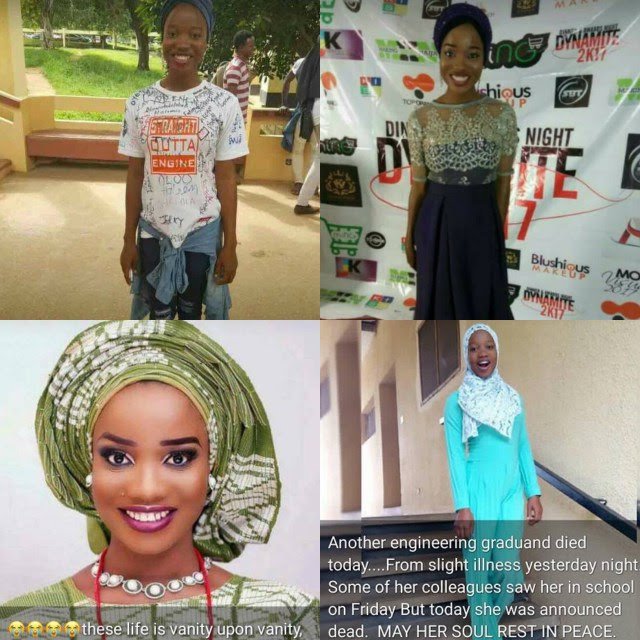 Students of the Better by Far University has been thrown into a mourning state as they lost one of their very own Best graduating student Taofeeqah Oloriegbe who was to be awarded for her work of excellence as the overall best in her department.

Shockingly the young lad was last seen on Friday before she complained of a slight illness. Some friends and associates thinks is an attack from the Spiritual Realm because “it was a slight illness” she claimed to have, not something cumbersome but unfortunately Death played his filthy hands by claiming the life of this bright star.

According to some friends, she was known to be friendly and social with everyone around her and like every other graduate that was to be Convocated, she was planning big for her convocation and also for her birthday.

What more can we say than RIP TAOFEEQAH……??? CLICK HERE TO JOIN OUR EVER ACTIVE WHATSAPP GROUP
Related Topics:ConvocationUnilorin
Up Next

Why Our Education Standard Keeps Reducing by David Ademola