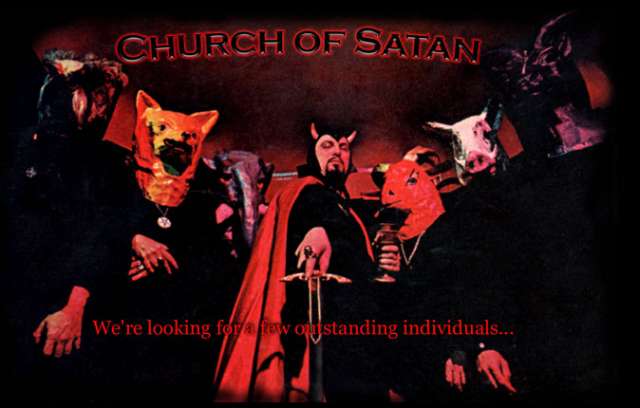 Sadly, a lot of young people are playing certain games without realising that they promote Satanic values.

You pick up your game, go to the app store and mindlessly download a couple of games.

Next, you start playing them. Before you know it you are hooked and you can not seem to drop your device. Still, you console yourself with the fact that it is just a game, after all, it’s not like you are actually punching or killing people.

Unknown to you, these games are actually not just as innocent as they appear. In fact, they are the Devil’s playground. (Yes, we totally realise how cliche that is.)

According to Cecilia D’Anastasio for Kotaku, who was able to interview members of Church of Satan, games are the perfect training ground for them.

Satanist reverend John H. Shaw shares the truth about games like these.

In his words, “You can build every little thing — put a torch where you want it, a tunnel, a walkway, a moat. That’s very Satanic.”

Another Church of Satan member (Citizen V) sheds more light on the true nature of a survival game called Ark: Survival Evolved and how he plays.

Citizen V says, “Anyone worth my time, who enriches my life and brings something to the table — those are the people worth going out of your way for.”

“The more people we can get to do stuff for us — that’s great. Responsibility to the responsible,” he adds.

Apparently, this phrase is a call for self-accountability. It is also one of the church’s mantras.

We know this all sounds crazy but unfortunately, it is the truth. Satanists say that few things are more Satanic than video games.

Church of Satan reverend named Raul says that the three tenets of Satanism are played out in games. These are indulgence and meritocracy.

The third tenet — “total environments or literal pleasure domes and places of amusement and delight.”

He adds that sci-fi MMORPG Eve Online is a perfect representation of a Satanic “total environment.”

Raul says, “I would consider Eve one of the most Satanic games out there because you have so much power as an individual.

“You gain sovereignty of part of the universe. It’s a battle for control of space, expanding influence. It exercises parts of my philosophy I feel are healthy.”

His statement is backed by Shaw, who says that the money and flashy lifestyle in Grand Theft Auto V makes him feel close to his religion.

“I love the fact that, when you put on a pair of pants in GTA, they fit correctly.

“You get better cars, more money, you’re more successful, you buy houses. That’s Satanic.” These were his exacts words.

Interestingly, Satanists do not believe in overindulgence. So, while they love to indulge, they also remind themselves to practice moderation.

Church of Staten reverend Shaw explains that “Ultimately, self-preservation is the highest law.”

“We advocate indulgence, but not compulsion. When you steal a car and there are police in the area, now you have the police after you. There are consequences.”

Wow! Who knew games could be this complicated?

Read this, then ask yourself if you have the mental strength