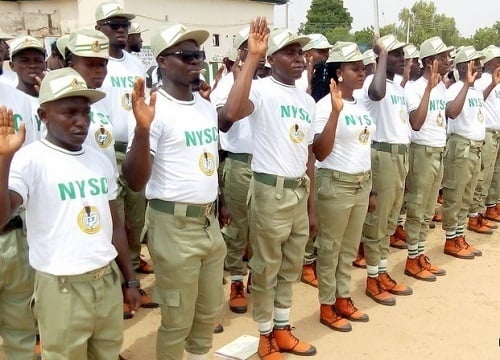 The Director-General of the National Youth Service Corps, NYSC, Brig. Gen. Sale Zakari Kazaure, has revealed when corps members’ allowance would be increased.

Kazaure said corps members’ allowance will be increased when the minimum wage of civil servants are increased.

He made the disclosure while refuting rumours of increment in the monthly allowances of serving corps members.

Kazaure spoke at the NYSC Orientation Camp in Issele-Uku, Delta State while addressing the 2018 batch ‘B’ (stream II) corps members

The DG assured that the NYSC is in corroboration with all security agencies to guarantee the safety of corps members in their various places of primary assignments.

He called on corps members to stay away from sharp practices and to “maintain neutrality if they are called upon as ad-hoc workers for the 2019 general elections.”

Kazaure cautioned them to avoid being involved in “yahoo business, 419, night parties and not to be deceived by politicians as 2019 elections are coming closer.

“Any where you find yourselves, be neutral. Also be good ambassadors and be patriotic to your country. Anyone found wanting will be dealt with.”