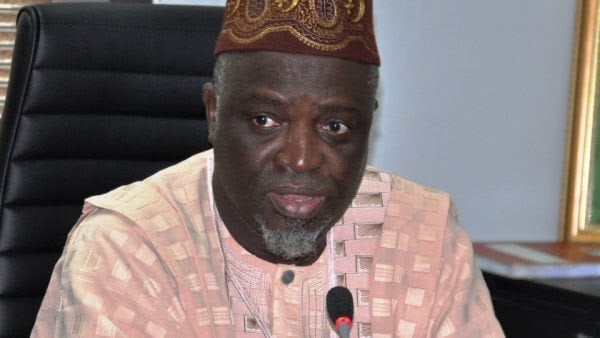 The Joint Admission and Matriculation Board, JAMB, has reacted to a bizarre report trending of a snake swallowing N36 million from the vault of one of its state branches.

The board said the case was that of pure criminality and fraud on the part of one of its staff.

Nigerians on social media have also been reacting to the disappearance of the cash in JAMB’s Makurdi office.

According to a report in Sun news online, a mystery snake was said to have sneaked into the accounts office of the Board in Makurdi and ‘stolen’ N36 million cash

Saturday Sun said a team of auditors was dispatched to different state offices of JAMB to take inventory of the sold and unsold scratch cards and recover whatever money that might have either been generated or mismanaged during the period of the sale.

JAMB candidates usually purchase scratch cards to gain access to the Board’s website for either registration or for checking their admission status. But new reforms introduced by JAMB registrar, Ishaq Oloyede, who assumed office in 2016, ended the use of scratch cards, replacing it with more efficient and effective platforms.

“A sales clerk, Philomina Chieshe, told JAMB registrar and his team that she could not account for N36 million she made in previous years before the abolition of scratch cards. In the course of interrogation, Philomena denied the allegations that she stole the money but confessed that her housemaid connived with another JAMB staff, Joan Asen, to “spiritually” (through a snake) steal the money from the vault in the account office”, the report said.

The spokesperson of the board, Fabian Benjamin, said there was indeed a case of fraud and criminality in the Benue State office.

According to him, the registrar demanded the sale of scratch cards should be stopped in order to curb corruption.

“It is natural for the office to account for what they have after the sale of scratch cards has been stopped and we discovered that lots of money was missing in Markurdi and other offices,” Mr. Benjamin said.

He said investigation was ongoing to determine the kind of punishment that will be given to the suspect(s) involved.

“There are procedures in the civil service so the whole thing is still under investigation. She was queried, she appeared before disciplinary committee, although she confessed that money was missing and a snake swallowed it. Unfortunately, she is calling one Joan’s name which did not appear in the investigation at all. Joan only recommended a house help for her,” he said.

“Of course, the management did not believe the story. She is just trying to put an excuse forward. These are things the registrar is trying to unravel to put the board on the right footing. We had a case where one of the staff said he had an accident on his way and the scratch cards got burnt but only for us to discover that they were used because they all had serial numbers,” he said.

Apparently reacting to the bizarre report, the anti graft agency, the Economic and Financial Crimes Commission, EFCC, on its official twitter page @officialEFCC jocularly said: ”an eagle(EFCC) shows no mercy for money-swallowing snake(s).”

A Twitter user ”Mr. aye Dee” said: ”I wonder if people realise the hungry snake that wanted to register for JAMB but ended up eating N36 million from the JAMB office in Makurdi did this prior to 2015.

“This naughty snake was discovered ONLY because Buhari’s admin decided to audit finances of JAMB offices nationwide.”

Another user, Imoh Umoren, said: ”This is a strange country. November 2008: satellite we built for 40 billion disappears. September 2004: Ship laden with 30,000 barrels of oil disappears August 2017: Rats chase the President out of office February 2018: Snake swallows 36 million from JAMB. I need a beer.”

A user, Wale Adetona, said: “What kind of snake entered JAMB’s office and didn’t bite the gateman or the clerk but went ahead to swallow N36 million?”