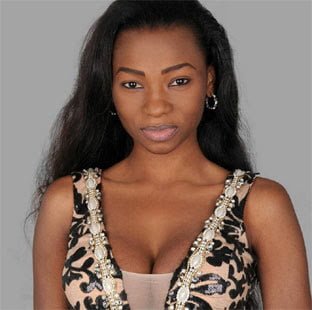 Who Is the owner of Instablog9ja?

We have finally uncovered the brain behind the one most of the most popular instagram blogging site in Nigeria ”Instablog9ja”.

The long mystery as to the identity of the brain behind Instablo9ja, the number Instagram blogging site has been unravelled at long fast. Many celebrities, especially in the entertainment stratum of the society would give an arm and a leg just to know who runs the site so many hate to love.

The cat was let out of the bag by the owner herself, in the person of Hauwa Saidu Mohammed popularly known as Jaaruma of Jaaruma Empire, an outfit that specializes in sex therapy. In fact, Jaaruma, as she’s called is being touted as the highest paid therapist in Nigeria.

Jaaruma gave herself away in an Instagram post on her personal page when she posted a sensual picture of herself with a caption “Who do you think owns Instablog9ja? There is a saying in my language that “the stick you look down on is the stick that can puncture the eye.”

One of the first respondents that answered her is superstar actress Tonto Dikeh, who said, “Don’t you dare mess with my head, because I don dey suspect say na you tye tye.”

Of course, if anyone can point a finger at the owner, the actress has the credential as she and Jaaruma have crossed parts many times. In fact she once donated huge money to Tonto Dikeh foundation.

She attended New Capital nursery and primary school in Asokoro, Abuja and Nigeria International College Wuse 2,Abuja. In 2007, she was admitted into Ahmadu Bello University, Zaria but left after three years to study International Relations and Human Therapy in Istanbul Kultur University, Turkey.

On the 12th of May 2016, Jaaruma made a video teaching the world about the therapeutic advantages of Silky Kola (Azanza Garckeana ) also known as Snot Apple, Mutohwe, African chewing gum, Goron Tula, Tula Kolanut or Morojwa. The video was a huge success and the product has since catapulted her into being one of the most respected sex therapists in Nigeria.

Related Topics:InstablognaijaTonto Dikeh
Up Next