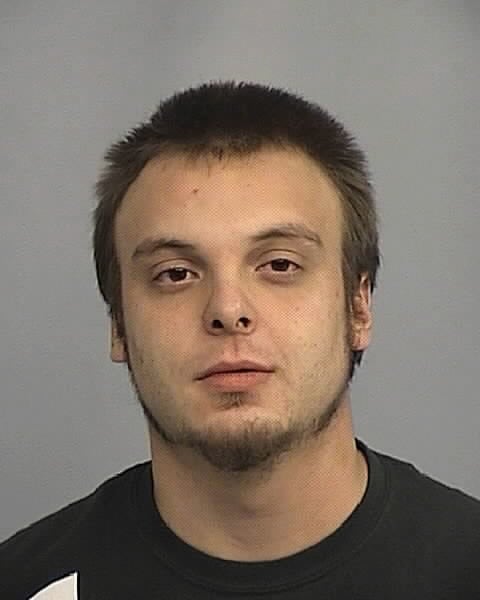 A man who claimed to travel to the year 2048, says he’s come back with a terrifying warning for what’s in store for humanity.

Sadly, he hasn’t returned with stories of Los Angeles looking like the beautiful, rain-drenched vista we see in Blade Runner 2049, but his prophecies are much, much darker.

Bryant Johnson issued the dire warning to Casper Police on Monday night when officers received a call about him and his message.

Check out the trailer for Blade Runner 2049 below:

…the aliens were coming next year and we needed to make sure to leave as fast as possible.

Sadly, Johnson couldn’t be more helpful in his prophecy, as he couldn’t give an exact date for the alien invasion.

He even refused to speak to anyone but ‘the president’ of the town in which he was caught.

Johnson was said to have been found with a blood alcohol level of .136 per cent and was eventually transported to the Natrona County Detention Center.

He confirmed to officers the reason for his intoxication, saying the aliens filled his body with alcohol so he could travel through time.

While also making claims he stood on a ‘giant pad’ which allowed him to transport between the two times.

Although things hadn’t gone exactly to plan, as Johnson claims, he was in fact meant to have arrived in the year 2018 rather than this year, so maybe this will all seem a lot more real in a year’s time?

This isn’t the only prophecy which looks bleak for humanity in the coming years – a blind mystic nun who predicted World War II, shared devastating news about America.

Sister Lucia, of Fatima, was visited by the Angel of the Virgin Mary and was given three secrets about the future of humanity, which have since been verified by the Vatican.

She never revealed the third secret and it’s contents are said to be on a note in the room of the Pope.

Emmet O’Regan, author of Unveiling The Apocalypse, thinks the third secret relates to the downfall of America.

The Third Secret of Fatima appears to suggest that the greatest threat to America is that posed by a future mega-tsunami emanating from the Canary Islands.

When the seer of Fatima, Sister Lucia, was instructed to write down the contents of the Third Secret in 1944, she was shown another vision of a terrible tsunami claiming countless lives, after the collapse of a mountain.

Mr O’Regan said the rare solar eclipse in August is evidence of the fact that the world is about to be punished very soon.

This even mirrors the final vision bestowed on Sister Lucia, which included the sky going dark in an event known as the ‘Miracle of the Sun’.

Mr O’Regan believes the blind mystic wrote an explanation of the vision and gave it to the Vatican, and they have hidden it.

To substantiate those claims, O’Regan points to an account of fellow nuns of Sister Lucia who claimed that the full vision refers to an angel with a flaming sword and an apocalyptic earthquake and flood.

The point of the flame-like lance which detaches, touches the axis of the earth and it shakes: mountains, cities, towns and villages with their inhabitants are buried.

The sea, rivers and clouds leave their bounds, they overflow, flood and drag with them into a whirlpool, houses and people in a number unable to be counted.

According to Mr O’Regan, there is substantial evidence the rest of Sister Lucia’s Third Secret is kept in a bedside cabinet in the papal apartments, and is deliberately being withheld.

In 1980, Pope John Paul II, having read the secret, commented saying that if there was a message which describes the deaths of millions of people ‘there is no longer any point in really wanting to publish this secret message’.

Maybe the two prophecies could be linked, with the aliens causing the devastation on the Earth.

We’ll just have to wait and see.