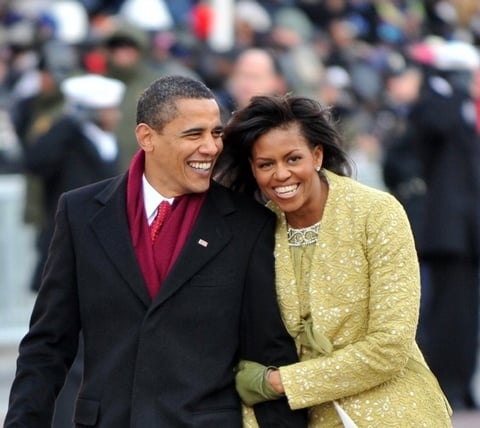 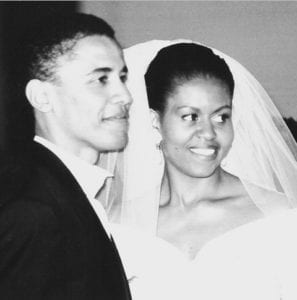 Michelle and Barack Obama are two of the most adorable human beings alive. Just take a look at the former US first lady’s new Instagram posts in which she pours out her heart for her husband to celebrate their 25th wedding anniversary.

Former American President, Barack Obama and wife, Michelle, are celebrating their 25th wedding anniversary today, 3rd October, 2017.
The former American first lady on the social media poured out her heart to her husband as she shares their wedding photo. 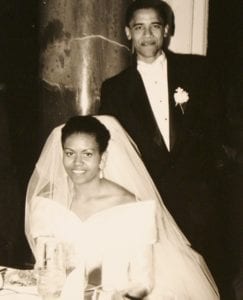 Barack and Michelle On Their Wedding Day

She writes, “Happy 25th-anniversary @Barack Obama. A quarter of a century later, you’re still my best friend & the most extraordinary man I know. I love you.”
They got married on October 3, 1992, at Trinity United Church of Christ in Chicago.
Over the years Barack was usually the first to celebrate their wedding anniversary but there was a turn this year as Michelle is the first to send her greetings, while her husband is yet to reply.

Barack and Michelle Obama were married on October 3, 1992. Michelle worked as a Chicago city
government as an assistant to the mayor while Barack taught constitutional law at the University of Chicago Law School.
The duo first met in 1989 when the Barack was a summer associate at a Chicago law firm and Michelle was his advisor.