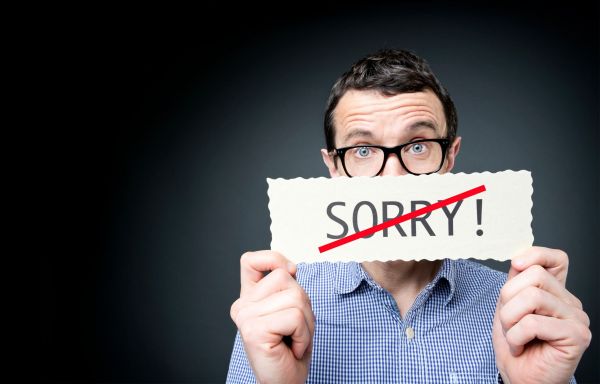 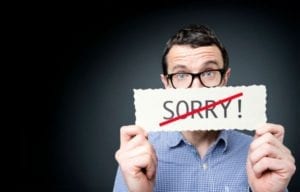 The reason why most men find it difficult to apologize is something unfathomable. Saying I’m sorry is a short phrase and goes a long way in ending any argument or rift.

Apology should be easy for both male and females but for some reason it is not so.

Here are some reason why apologizing might be difficult for men:

1. They want to avoid further blame

Women like to talk and in this age of women empowerment, a woman will take the first chance she gets at rubbing victory in a man’s face. Add this to women that love nagging and you have the recipe for unending disagreement.

Sometimes, men do not apologise because they don’t want their partners to begin listing all the wrong things they have done in the past. They just want it to end there.

2. Some things don’t deserve an apology

Generally, women do not find it hard to apologise because they understand that an apology can go a long way in resolving issues. This is different for men; to them, some things are just too inconsequential for an apology.

Instead of saying “I’m sorry”, some men prefer to show their remorse by trying to please their partners. Some prefer to buy gifts and do a great deal of material-placating rather than tender a simple apology.

This is the most common reason men hold back on apologizing. Generally, men do not like to be seen as being weak enough to admit guilt.

Tendering an apology would mean acknowledging that they were wrong and this will put a dent in their ego.

When one tenders an apology, the person is taking responsibility for something that went wrong.

Sometimes, a man does not want to take all the blame, he wants to share the blame so he withholds apology. For example, when a couple disagree.

Man Gets Stuck Inside Sex Doll And Cries For Help (Photos)

5 QUESTIONS TO ASK YOURSELF BEFORE YOU BEGIN DATING AGAIN