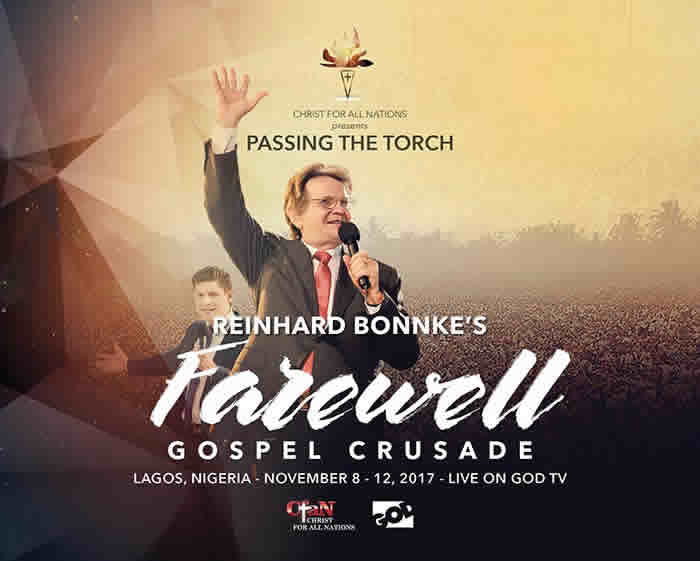 German evangelist Reinhard Bonkke has warned the congregations at his crusade not to fall into the hands of people claiming to collect offering for his crusade.

According to him, he said;

“We are here to bless you; we have brought you gifts of salvation and deliverance; we are here to give and not to take anything from you.
“Anyone who asks you to give offering for this crusade is a thief and should be reported immediately,” the sponsors of the crusade, Christ for All Nations, warns participants on Thursday at the crusade ground.
This is coming on the heels of suspicion that certain unscrupulous persons might want to malign the credibility of the preacher by seizing the opportunity offered by the huge crowd at Bonnke’s crusade to raise money for personal use.
Observers opine that Bonnke’s decision is a radical departure from what critics see as “normal practice” by some open-air preachers who urge crusade participants to donate money for offering and other projects.

People commended Bonnke’s “caring heart” for refusing to succumb to what he called “the temptation to exploit the crowd,” who he said would have given “generously” if asked.

CLICK HERE TO JOIN OUR EVER ACTIVE WHATSAPP GROUP
Related Topics:Farewell crusadeReinhard Bonkke
Up Next

Apostle Suleiman Backs Pastor Adeboye On The Issue Of Tithing