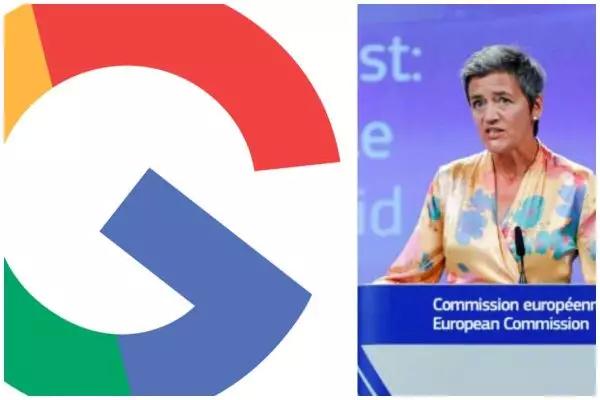 The European Union has slammed Google with another €1.5 billion anti-trust fine, for hindering competition.

The recent penalty is the third in a series of billion-dollar penalties the US tech giant has faced for hindering competition.

The European Commission on Wednesday ordered Google to pay €1.5 billion ($1.7 billion) for abusing its dominant position in online search advertising.

“Google has cemented its dominance in online search adverts and shielded itself from competitive pressure by imposing anti-competitive contractual restrictions on third-party websites,” Commissioner Margrethe Vestager said in a statement.

The tech company has now been fined €8.2 billion ($9.3 billion) in total by Europe over the past three years. EU regulators have taken a much more robust approach to Big Tech companies than their US counterparts, especially when it comes to competition, data protection, and tax issues. Google (GOOGL) has already been fined in two previous EU antitrust cases.

The Commission ordered the company to pay €4.34 billion ($4.9 billion) in July 2018 for unfairly pushing its apps on smartphone users and thwarting competitors. In 2017, it imposed a €2.4 billion ($2.7 billion) fine on Google for using its search engine to steer consumers to its own shopping platform.

The company said in a blog post-Tuesday that it was making further changes to its service based on “feedback” from the European Commission. It has started testing a new format that provides users with direct links to comparison shopping sites. It will also ask new and existing Android users in Europe which browser they’d like to use.