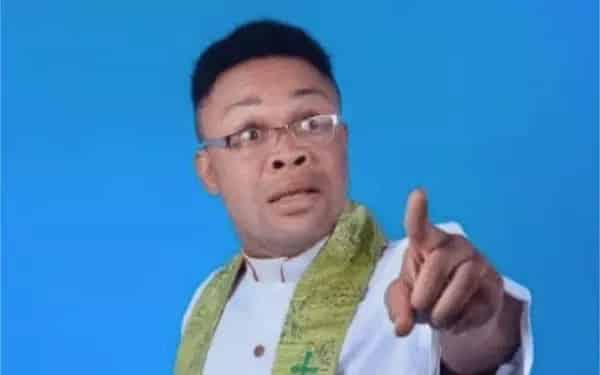 He reportedly infected them with HIV. Vanguard reports that one of his victims identified as 16-year-old Anthony Shedrack, who discovered to have been infected with HIV, has started treatment.

Chizemdere, however, blamed an evil spirit for his embarrassing action. He said:

“This is the work of the evil spirit, with the aim to destroy me because I have genuine gifts from God. Whenever the evil force comes on me, I would be helpless, until I have accomplished its mission.”

Explaining how the suspect was arrested after going into hiding, spokesman for Lagos state police command, DSP Elkana Bala, said:

“He has been at large for about three months. On March 22, 2019, at about 1 am, Police laid siege to his apartment based on information gathered that he often sneaked into the house through the back entrance.“When he discovered that Police had cordoned his house, he hid in the ceiling for two hours before he was arrested.“

An investigation has it that Reverend Pastor Prince Ezuma brought in about 15 boys into his apartment where he forcefully penetrated them, through the anus.“ Some residents revealed that the reverend usually washed six-bed sheets daily whenever he brings in little children, suspected to be his sex partners.”

‘Do Good’ Actor, LinChung Oliver Dies In A Car Crash