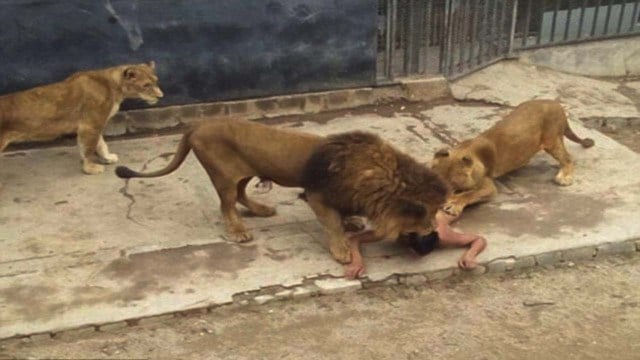 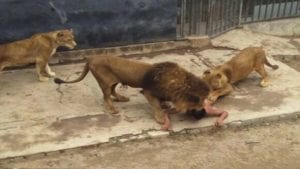 A zoo attendant has died a sad death in Ibadan after he was killed by a lion he had been feeding for 5 years.

A lion has mauled a man identified as Hamzat Oyekunle to death at Agodi zoo gardens, Ibadan.
According to information gathered from the Zoo, AM & C, the company managing the zoo, the lion had accidentally attacked one of the attendants, Mr. Hamzat Oyekunle popularly known as Baba Olorunwa, who later died from injuries sustained from the incident.
Mr. Oyekunle had fed the lion for over five years and was known to have had a very good relationship with all the animals in the zoo. Meanwhile, the government has closed down the zoo and evacuated the lions pending further investigations.
The government decision was contained in a statement at the weekend by the Executive Secretary, Bureau of Investment Promotion (BIP), Mr. Yinka Fatoki who expressed shock at the unfortunate incident.
Meanwhile, government representatives have visited the family to commiserate with them over the demise of Mr. Oyekunle.

Related Topics:IbadanZoo attendant
Up Next