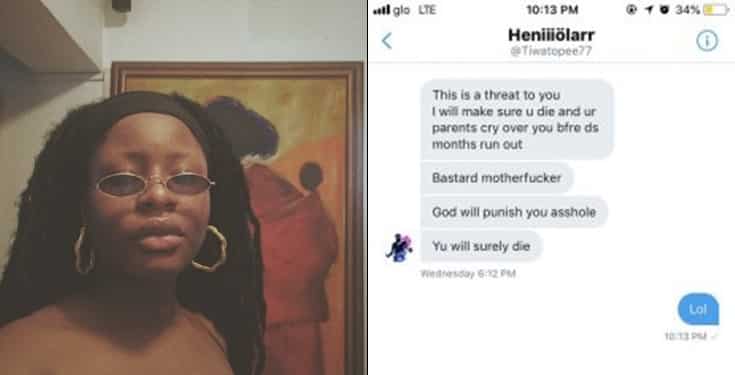 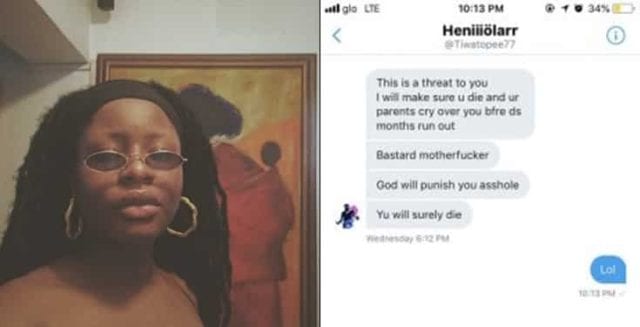 A Nigerian lady has come out to ask for help after she was threatened by a man over arguments on who is better between Messi and Ronaldo.

The lady who took to Twitter to report the incident stated that she is ready for the man, @Tiwatopee77, and he should also await the visitation of the combination of The God of Thunder and Amadioha at his doorstep.

This one is threatening my life because i said Messi is better than Ronaldo ? Smh

This one is threatening my life because i said Messi is better than Ronaldo ? Smh pic.twitter.com/QxFx7MccEK

The man making the threats, however, changed his handle to @buharistt

“Changed handle to @buharistt after all the threat, no ball” she wrote