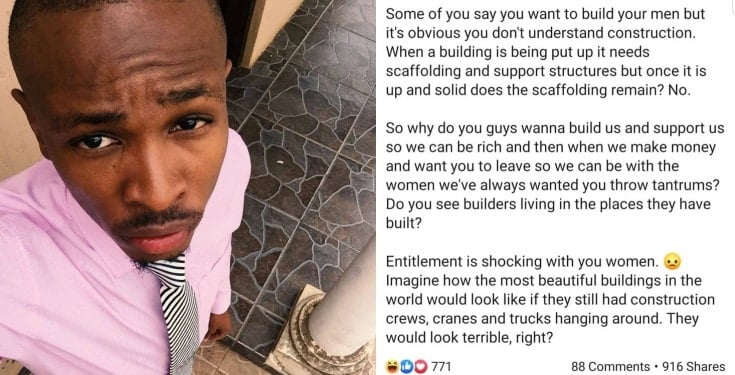 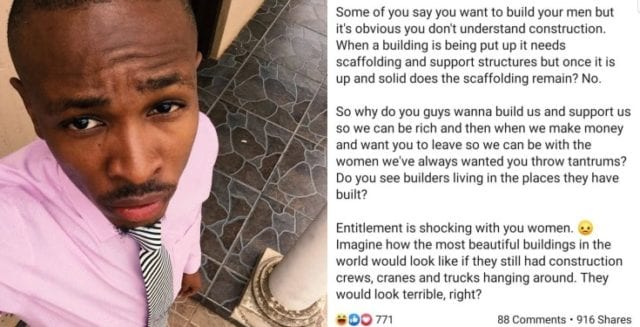 A South African man is trending after he told women to expect their men to leave them after they’ve helped them become successful and he gave reasons why this should be expected.

The Facebook user said a woman who helps build a man is like a scaffolding. Once the building is completed, the scaffolding is no longer needed, so the man can discard the woman at this point and go for the type he’s always wanted.

He said any woman who has a problem with being left by a man who she helped build is suffering an entitlement mentality. 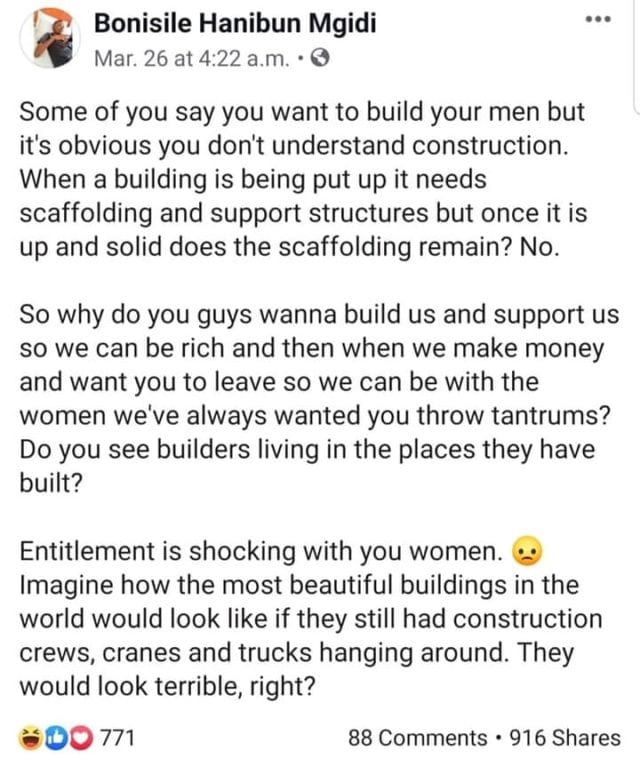 Man Laments After Girlfriend Burnt Noodles Because Of Zeeworld