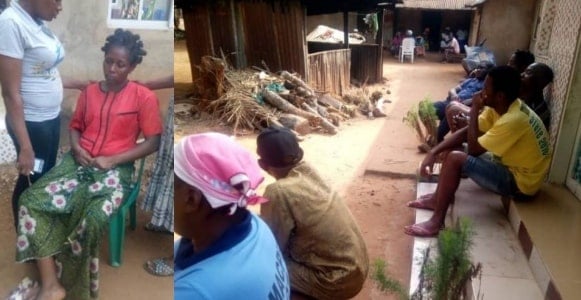 It is a sad time for the family members of a man who died while trying to separate a fight between a couple in Umueze village, Isuaniocha, Awka North Local Government Area of Anambra state.

The 29-year-old victim identified as Bonaventure Mkpume, the only son of his parents, died following the incident which occurred in the early hours on Monday. 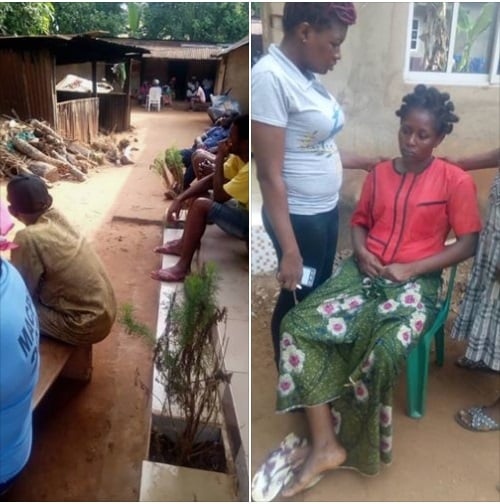 According to his wife, Mrs. Chinenye Mkpume, they were at home when one of their family friends, called on the phone for help that her husband was beating her.

Mrs. Mkpume said she wanted to go alone but the husband insisted on going with her not knowing it would be his last day on earth.

It was gathered that while they were still making peace between the couple, about five boys whose faces were familiar appeared and immediately pounced on the deceased who was standing just in front of the gate.

Mrs. Mkpume further explained that while they butchered her husband with axe and machete, the couple that invited them to make peace ran inside and locked the gate leaving her and her husband to the mercy of the boys.

They reportedly cut off one of his arms and butchered him while the wife shouted for help but no one came to their aid.

The young widow said that her husband died shortly after he was rushed to hospital having run into the bush with one hand and several machete cuts.

The mother of the deceased, Mrs. Grace Mkpume, could not hold back her tears as she called for justice to be done to all those involved in her only son’s death.