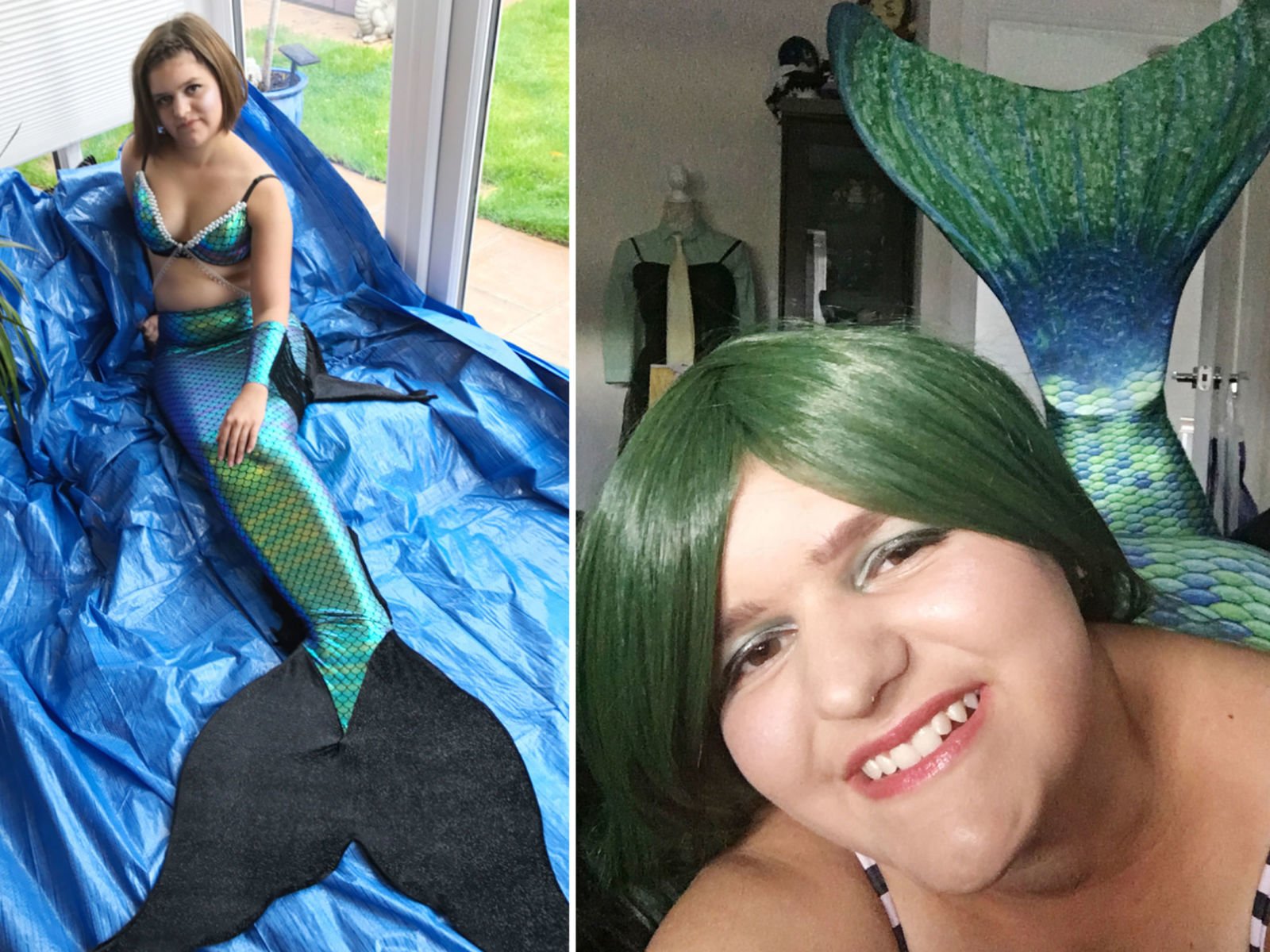 Undated family handout photo of Leia Trigger, a would-be “mermaid”, who has been left high-and-dry after she was stopped from using her local public swimming baths for health and safety reasons. She is now searching for new waters where she can once again take to the water in her specially-made tails. PRESS ASSOCIATION Photo. Issue date: Tuesday September 26, 2017. See PA story SOCIAL Mermaid. Photo credit should read: Leia Trigger/PA Wire
NOTE TO EDITORS: This handout photo may only be used in for editorial reporting purposes for the contemporaneous illustration of events, things or the people in the image or facts mentioned in the caption. Reuse of the picture may require further permission from the copyright holder.

A would-be mermaid is looking for a new place to swim after being told she can no longer use her tail at her local public baths due to health and safety fears.

Leia Trigger, who goes by the name Mermaid Aries, had previously worn her costume to explore the water in the guise of “a mythical, amazing, graceful creature” at the swimming pool in Bromsgrove, Worcestershire.

However, the management has now put a stop to the 18-year-old’s aquatic exploits, citing health and safety reasons.

“It’s mainly the health and safety risk, because the legs are bound together and they worried that I might get into trouble in the water or that I might end up hitting somebody,” she said.

The teenager said she had received positive feedback from others about the costume and is hoping she can find another pool that will allow her to wear it.

She said she was first inspired to try a tail after watching a YouTube video about mermaid outfits.

“It’s more of a case of trying to find somewhere else to swim or seeing if there’s another path I can take with this.

“It’s quite a big drawback at the moment.”