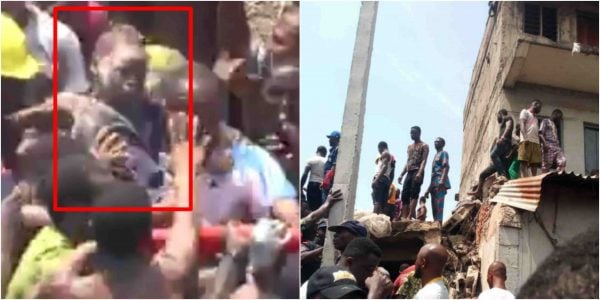 A video showing the moment one of the children trapped in the school building which collapsed in Ita Faaji, Lagos state earlier today was rescued alive, has surfaced online.

The video by Itv News was posted by one Adetutu Balogun on Twitter and the obviously exhausted little boy could be seen drawn out from the rubble, while the crowd at the scene couldn’t contain their joy. 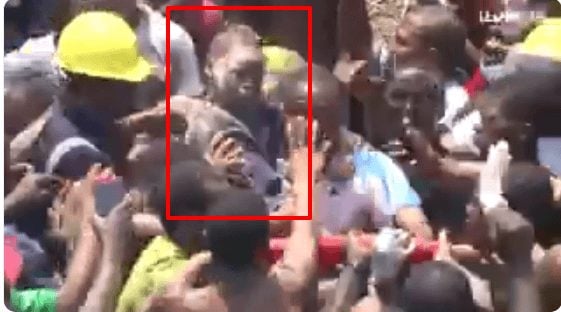 A boy is pulled out of the rubble of the collapsed school at Ita Faaji in Lagos Island. Many pupils still trapped under building.

A boy is pulled out of the rubble of the collapsed school at Itafaji in Lagos Island. Many pupils still trapped under building.🙏🙏🙏#ItaFajiSchool #Lagos pic.twitter.com/dCLdjBwfy2

Officials of the Lagos State Emergency Management Agency (LASEMA) and other rescue official are currently at the scene.

In a statement, Adebayo Kehinde, spokesman of LASEMA, said many of the victims were brought out alive.

“The exercise is being coordinated by the General Manager Lagos State Emergency Management Agency Mr. Adesina Tiamiyu with the deployment of heavy and light rescue equipment from LASEMA and its stakeholders.”