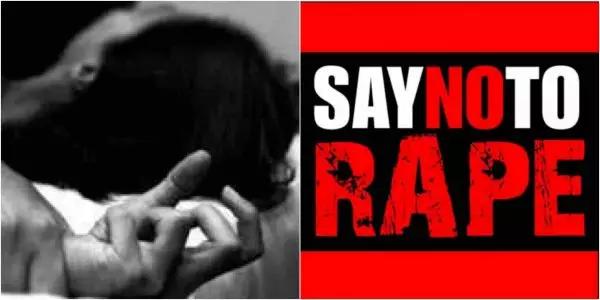 2 sisters have explained in details to an Ikeja Domestic Violence and Special Offences Court, on how a driver, Gabriel Ogbar, who is their father raped them serially for years.

They told Justice Abiola Soladoye that the incidents occurred from when they were 10 and 12 years old, at their home at Oke-Ogbe, Atura area of Badagry, Lagos State, Guardian reports.

They testified against Ogbar at the continuation of his trial for the offenses. Sister A, now 23, told the court that she endured sexual abuse from her father for five years from the age of 12 until she was 18.

“When I was 12, I was living with my mum and dad, my mum is not always around because she is a businesswoman and my father was a driver at the time.

“Whenever my mother was not around, he would come to me at night with a knife or screwdriver or something harmful to threaten me to open up to sleep with me, because I was scared at the time, I gave in to his requests to sleep with me. It continued for a very long time, I could not tell anyone about it because I was scared. When I got to the age of 18, there was a night he came to me but I ran to my mum’s pastor, Mrs. Ochiegbu and reported the incident to her.

“I hid in her church and my dad came and was saying that I should start coming home but unknown to him, I had explained everything to them at the church, I waited until my mother returned and I went home with her. The next day, the pastor called my mother and told her everything I told her, she was upset and did not know what to do.”

Sister A said that her father continued to ask her for sex and she had to run away from home for a year. She said she thought the abuse at home had stopped until her older sister (Sister B) caught their father defiling their 13-year-old sister.

The press and members of the public were asked to leave the courtroom during the third sister’s testimony because she was a minor. Following the sisters’ testimonies, Justice Soladoye adjourned till May 23 for the continuation of trial.

Nigerian man praises his girlfriend after she paid the bills