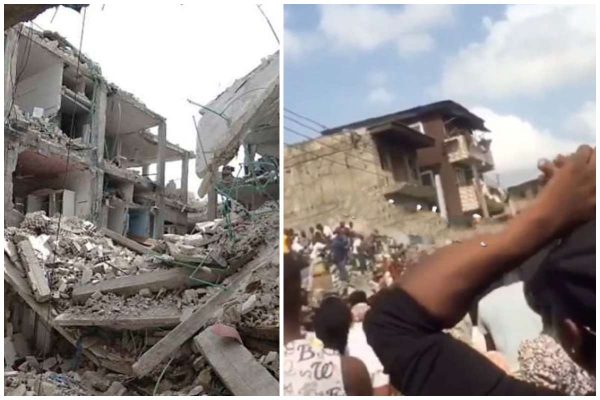 According to social media reports, a woman lost 5 children in the school building that collapsed in Ita-Faji, Lagos Island earlier today.

Twitter user, @DROlufunmilayo, the unidentified woman lost 5 of her children in the tragic incident. He made this known while calling for an investigation into the incident. See what he wrote below;

We earlier reported that over 100 pupils are feared dead, after a school building collapsed moments earlier in at Itafaji, Lagos Island, Lagos State.

Tragedy struck, as the three storey building housing a school collapsed, killing and trapping many.

As at the time of filing this report, many students are being rushed to the General hospital, Marina, while parents are trooping there to search for their children.

Over 100 pupils feared dead as school building collapses in Lagos