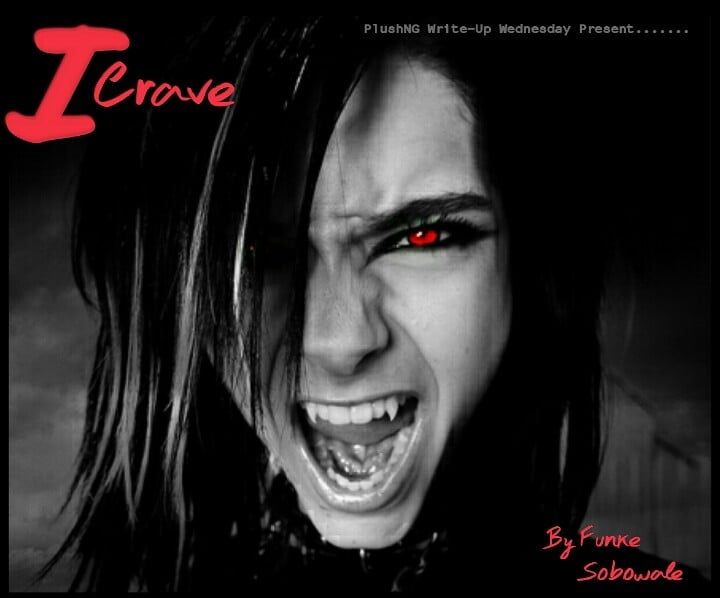 I was a newborn vampire weeping at the beauty of the Night. Anne Rice

Juanita was in agony, her garment was filled with dried blood. She found it hard to get her way out of the forest. She tried to remember the incident that occurred before she swooned. She was feeble and she couldn’t remember anything. She tried to stand upright but she staggered. She knew that there’s something new in her body system, she felt weird and she sensed danger. She felt different strange forces around her, her heart beat was fast and all what she knew to do was to run for her life. As she kept running, she stumbled on a tree stump, when she tried to sit and rest on a tree, she noticed that her fingernails were sharp and long, she stared at her body awfully, she raised her hands to her face and noticed that her skin complexion was palish yellow.

Oh no, this is weird Juanita screamed and cried
This is weird!
Sandra, the werewolf lady heard the voice of the newborn vampire.

She began to hunt, looking for the newborn, she traced the voice of the newborn vampire, she turned to the right path where mahogany trees were in the forest
Her hairs stood out from her wolfish form, light shone from her eyes and ears. As she got closer to the newborn vampire, she hopped on the newborn vampire’s back as she was ready to bite the newborn vampire bold{Juanita}. Sandra felt the old vampire’s presence {Benedict}. Benedict stood beside the mahogany tree, he looked over 6’ft tall, he had black eyes with a dark face, his face was a scowl. Benedict charged forward, he walked closer to Sandra. Sandra tried to step backwards but her legs were held down by a force. A few inches were just between their faces now.
This wouldn’t be easy. Sandra thought
Her eyes turned white, her hairs on her neck stood out. She bolted forward in blurring speed. Benedict seemed to be sucked into thin air, he vanished and appeared right before Sandra’s wolf. Too dazed, Sandra could only try to absorb the pain she would get.

Benedict’s nails whipped at her ribs and neck

Successfully, dodging the strike at the neck, she got struck at the ribs, her wolf howled in pain. She was sent flying onto the tree stump where Juanita fell. Sandra was feeble, Benedict dashed at Sandra once again, absorbing himself into thin air and coming before Sandra. She thought she could still fight him so she grinded her hind legs into the ground awaiting Benedict. Nothing appeared before her, she turned around to see Benedict’s raised claws beside her, she ran forward with Benedict on his heels, just as his claws were about to hit her again, Sandra surged forward and slammed into Benedict trying to bite his neck. Benedict slapped her off like a feather.

Juanita, who had been watching Sandra and Benedict fighting began to regain her memory. She looked the the old vampire’s face again.
He’s the one “she screamed in her thought” He was the one that bit me.
She remembered how he

bit her, it was horrific. She touched the side of her neck where Benedict had bitten her, but she felt no pain but she could feel the mark.

Juanita became angry, her fangs began to grow long, she hissed. Benedict wanted Juanita as a puppet because he knew that he couldn’t overpower her, she was a strong vampire but she hasn’t found her real self. When Benedict saw that Juanita was about to attack him. HE DISAPPEARED.

Write-up Wednesday || The Vanity Of The Paper By Joseph N

Write-up Wednesday || A Slave To Procastination by Theola Isong