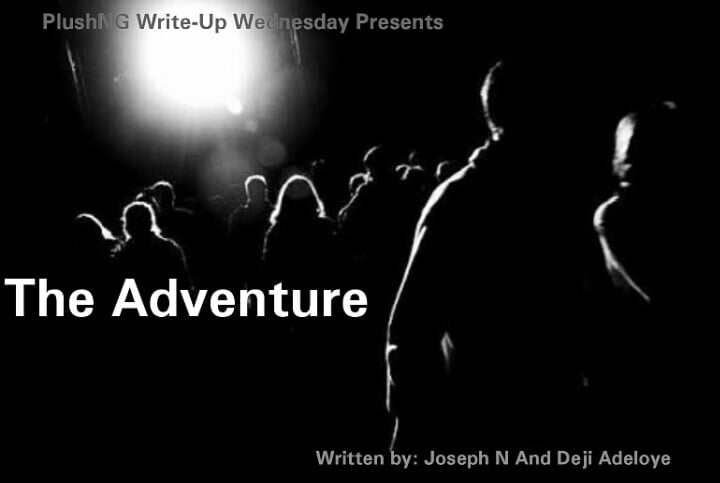 The Authors “Joseph N and Deji Adeloye” are here with a  narrative piece that will leave you in Awe!!!

DISCLAIMER :- All characters in this story are fictious, it is in no way meant to defame the image of anyone or anything. Any resemblance isn’t intentional.

Fear gripped Ayana as her blood started to turn cold. She bit her lips with nervousness and the metallic taste of blood filled her mouth. Her heart was beating faster than a racing car as she saw fresh blood gush down from their lips, they overshadowed her. She gave up the will to fight and closed her eyes as she reminisced how she got there. These were her final thoughts and in no time her flesh will become food for them.

It was early hours of dusk, the weather was cozy, it wasn’t very hot or humid. It was cloudy, but there wasn’t any sign of rain. Maybe it would rain at night. The luminous light from the sun was gradually fading away leaving patches of sunbeams. Balloons flew in the air and music from what seemed like a disco had everyone rocking their best dance moves. ‘It was getting dark and they had to leave the party if they were to make it home before midnight’, Ayana thought. She whispered words into the ears of her friends making it clear that it was high time they left.

Ayana is an adorable lady in her late 20s. She is averagely tall and light skinned. Her eyes are expressive and beautiful that one could get lost in them. She is gifted with an angelic look that would have you feel like you could stain her just by touching her. Ayana has two close friends, Sade and Lotonna. These three share the same apartment but have their private rooms. They are simply the best of friends and they are at the party on invitation by Ayana’s cousin, it’s his birthday. This day, having been the day of the party, Ayana dressed elegant and classy. She was at most times the cynosure of all eyes. Sade and Lotanna also were stunning. The three ladies were dazzling and enthralling with unhidden beauty.

The ladies got into Ayana’s Hyundai Sonata Jeep and started their seamless journey back home. They had stayed longer than necessary, they have to hurry back home. The road was lonely, no vehicle was seen along the way going to or fro. It was just them, they could hear their own breath as they journeyed along the path. Looking ahead and behind only showed the horizon. The path were covered by thick bushes on both sides. You could hear the screeching of owls and how the northern mocking jay mimicked birds like shrikes, blackbirds, orioles, killdeer, jays and other nocturnal birds.

The wind was blowing, the was cold strong that they could hear it from inside of the car. It began to blow in form of a tornado and the trees started shattering. It obviously wasn’t safe to keep treading on this path and maybe they’ve really made a bad choice not to stay over for the night. There was a sudden silence. The ladies were scared to their guts as no one spoke. Suddenly, the car started to slow down, something was wrong. The car then made a sudden stutter and whining sound before it finally stopped. All efforts to revive the car ended up in futility, it became clear. They were doomed!

Apparently, that was the wrong place and time for a car to stop. The ladies started sweating and mumbling. Ayana’s eyebrows shot up, her heart started to pound. Everything started to speed up but her body started to slow down. Sade and Lotonna were even more scared than Ayana. They possibly can’t go back on foot ‘cos it was getting dark already and they were a long distance from where they started their journey. They had to find a place to stay for the night, they can’t stay in the car that is on the dead of the road. After bitter exchange of words, they one step at a time came down from the car.

The air was stiffy, an acid odour hung in the air. The trees in the forest were nicotine-brown and the atmosphere seemed like an abode for creatures that creep at night. They decided to move closer into the bush, there had to be a place they could stay for the night. As they moved, everything considered edible to another forest was nauseating here, spider webs covered most leaves and maggots sunk from fruits. Clearly this was a forest to be avoided.

The girls pressed their hands tightly against each other as they kept moving. The more they moved, the more things became more creepy. There is no way they would find greener pastures here. They then decided to go back and stay in the car. The tried to locate how they came into the forest but they couldn’t. Now things had only gone from bad to worse. They were lost in this God forsaken creepy forest!

Bewailing sounds started ghosting through the trees and to their awful sight, they saw bloodstains. They tired to convince each other that the stains were of animals. This was a clear sign that they were in for an adventurous night! It was all dark now and the only source of light was the timid moon. They were lost in this obscure forest with predators in close sight. The sound of running water in a nearby brook had the same hypnotic quality as music and behold, they saw two red eyes!

They couldn’t see the complete body of the creature but it had bloodshot eyes and very visibles. It obviously had come for it’s prey. It gazed like though it was ready to eat any thing in cold blood. Ayana’s sensory neurons suddenly ceased to function, her blood turned ice cold. Sade and Lotonna were scared to their guts. Each lady felt like jumping out of her skin. Lotonna screamed.

The ladies took to their heels, they ran as fast as their legs could allow. This was a time of surviourship. Each ran without looking back. Meanwhile, the forest suddenly came alive, you could see the spreading canopy of green trees. The air changed, the smell changed, gradually the red eyes starting increasing, from one to two, to four, to six, to eight till it became difficult to count. This was an invasion, the creatures all looked fierce. They were ready to tear the flesh of anything for a meal. Not only could they run, but also could they transform into thin air.

The ladies stopped to catch their breath hoping that they were safe, little did they know that that was the beginning of their woes. It wasn’t just a single creature like they thought, it was a family of creatures! This creatures were desperately in need of fresh blood. The ladies heard the cricking of trees and the sound of mushy and dead leaves which began to whisper from the under skin of the midst. Tears rolled from Ayana’s eyes, Sade was sobbing uncontrollably and Lotonna was panting heavily as tears soaked her vision.

To their shock, the creatures had restrategize and they were revealed in plain sight, this time there was no escape. The ladies were surrounded by the blood thirsty creatures. Each lady knew it was time to bid the other goodbye. It would be a useless to try fight back or run. Slowly the creatures started to move close, they were closer than ever. The first victim was Sade, two of the creatures had pounced on her. Blood gushed from her eyes, ears and mouth. Blood splashed and slowly she breathe her last. Next, was Lotonna. It was the most gory sight ever, one of the creatures dug its nails into her intestines, it broke her spinal cord and her gullet was made to dangle like a yoyo.

Ayana saw the murder of her friends in cold blood. She shut her eyes, a burning sensation like fumes gulped her lungs. In any moment, the same fate could befall her and they will forever be lost and dead! Tears rolled down her eyes as the creatures moved closer. She then opened her eyes to the greatest of shocks, the creatures were gone. She found herself in a room, the room was neatly arranged with wallpapers of various artistes hanging on the wall. She was panting heavily, salty tears rolled down her eyes. She thought, ‘Is this how being dead feels?’ But the room seemed familiar, oh yes! It’s her room! She just woke up from a terrible nightmare! She was alive, she quickly rushed out of her room with an unbelievable sight to find Lotonna and Sade feasting on a meal. Sade said, ‘Ayana, what is wrong? You look frightened’. Without a word, she ran back into her room and knelt down to pray like she had never done. Thank God it was a bad dream. No sooner had she finished praying than her phone rang, she picked it up to find a message. It read, ‘Ayana, it’s my twenty-sixth birthday party. I need you here, you can invite your friends. It’s gonna be a big and memorable party and it will last till the early hours of dusk! From your beloved cousin, Wole.”

READ NEXT :-Vanity Of The Paper By Joseph N