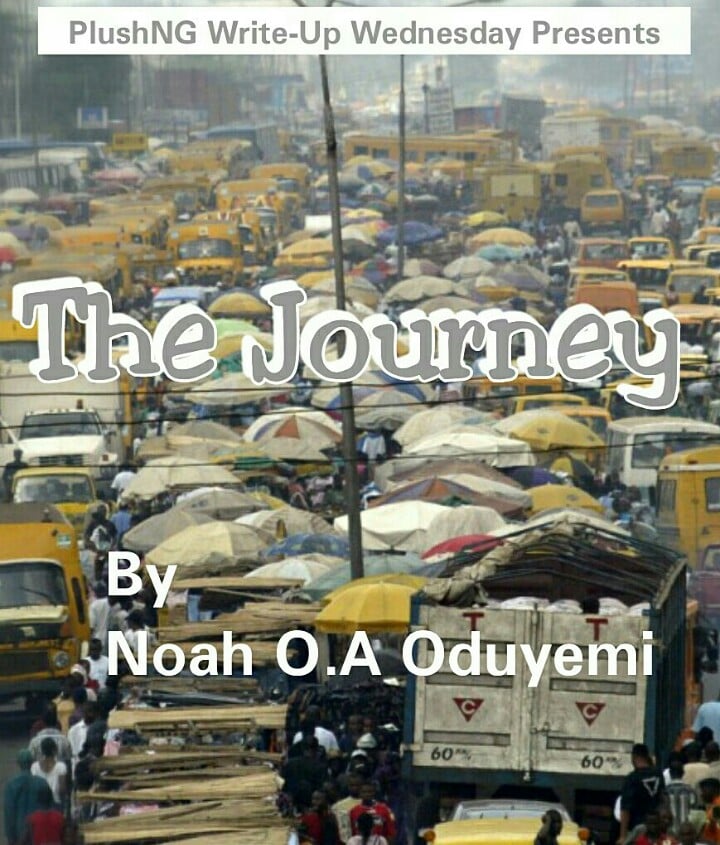 Below is an except from his work, Read and enjoy;

Anxiety took hold of me as I began to journey the beautiful city of Lagos, Oshodi to be precised. Although it wasn’t my first time visiting the smelly nice place

Then amazement took my atmosphere as I was glad with the latest development because the same oshodi that was underdeveloped became a small mega city. But my eyes began to weep and my heart began to shake and batter along with the soul after seeing the youngest of all hustling to make ends meet, On waiting to hear their story, I decided to have a chat with one of them because it has been in my heart to talk with the downtrodden for years.

Finally I got to speak with a young guy who at first became resistant to have an interview with me. “Hello?, I am Noah, a representative of PlushNG”. Immediately he hailed me thinking I was one of the Alaye’s (Meaning the high and mighty) because I was well dressed, and my English was so polished but I made them know I was an ordinary man like him who was hustling(working) to make ends meet, so I continued with the questions.

Emotionally, I began to weep my eyes out as he began to recount on some of his past experiences which were as dark as ever. In one of his experiences shared by him, he said that he started sleeping with girls since when he was 15. Then it dawn on me I got a past too so I shared mine with him also and we started crying. Definitely I might have acted like I got no past in my conversation with him. But why hide it? When you know it will touch and impact lives.

So you know, this life represents The Journey, that’s why we will all need someone that will show us how to go about guide us and put us through, because it takes God’s grace to survive.