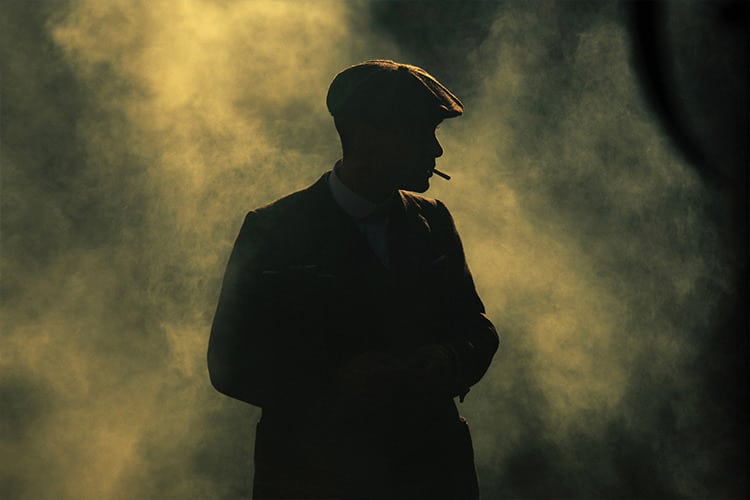 Peaky Blinders is a series based on the eponymous gang that may or may not have terrorized Birmingham, England after World War I. Cillian Murphy stars as Tommy Shelby, the leader of the Peaky Blinders, and the series was created by Steven Knight, who co-created Who Wants to be a Millionaire? almost two decades ago. The British production has gained more and more American fans thanks to an exclusive distribution deal with Netflix (not to mention the addition of Tom Hardy to its cast in season two). In this article, we do not intend to examine the story of the series and the quality of its production, we will only review some stunning facts about Peaky Blinders we’ve gathered up. Facts you may not be aware of.

1. STEVEN KNIGHT BASED THE SERIES ON A STORY HIS FATHER TOLD HIM. 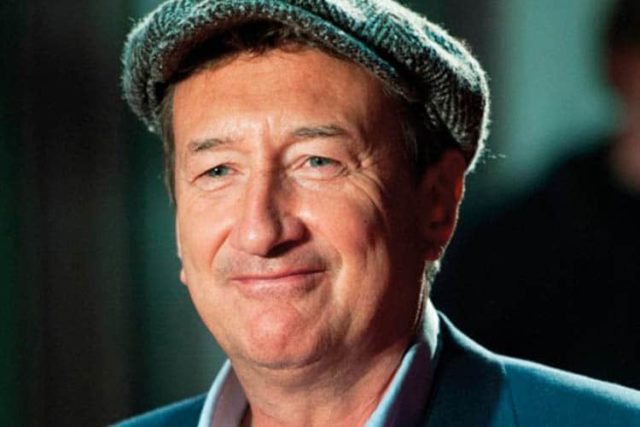 “One of the stories that really made me want to write Peaky Blinders is one my dad told me,” show creator Steven Knight explained. “He said that when he was eight or nine his dad gave him a message on a piece of paper and said ‘go and deliver this to your uncles.’ His uncles were the Sheldons, who eventually became the Shelbys. Even though the history books say the Peaky Blinders were only around until the 1890s, they weren’t—people in Small Heath knew these people as Peaky Blinders.”

2. THE TERM “PEAKY BLINDERS” MAY OR MAY NOT HAVE ITS ORIGINS IN A VIOLENT TRADITION. 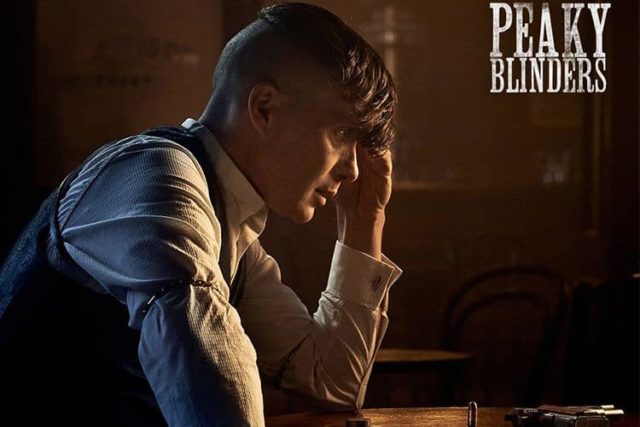 Some believe the gang’s name came from the fact that they reportedly sewed razor blades into the peaks of their caps, for the purposes of rendering their victims temporarily or permanently blind when head-butting them. Not everyone agrees with this theory; some historians believe the name simply came from the gang’s flat caps with stiff peaks (and that they mainly committed violence by way of their metal-tipped boots, belt buckles, and knives).

3. SAM NEILL GOT SOME HELP WITH HIS ACCENT FROM LIAM NEESON. 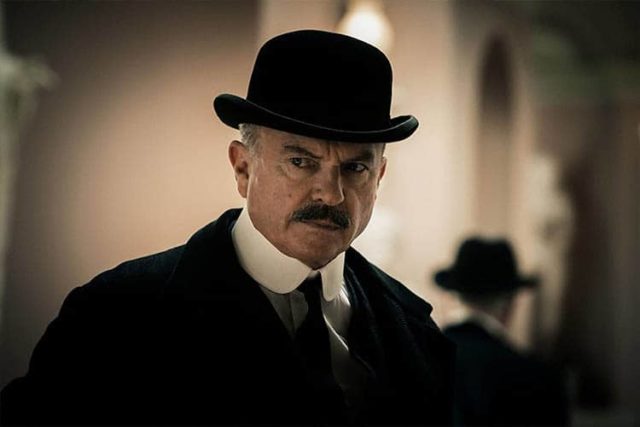 Sam Neill, who plays Belfast detective Chester Campbell, was born in Northern Ireland, but moved to New Zealand when he was seven years old. “They (the producers) said not to have too strong an accent because we need to be understood, but the Northern Ireland accent is very challenging,” Neill told the BBC. “I probably had one, but it was well beaten out of me in the playground in New Zealand, there’s not a trace of it now. But I enlisted the help of my friends James Nesbitt and Liam Neeson.”

4. HELEN MCCRORY GOT SOME HELP FROM OZZY OSBOURNE.

Helen McCrory said she learned how to speak with a Birmingham accent by watching “endless” clips of Ozzy Osbourne; the Black Sabbath vocalist is one of the English city’s most famous natives. Cillian Murphy, meanwhile, learned the accent on “quite a drunken Saturday” with Knight at the real Garrison pub.

5. KNIGHT WOULDN’T KNOW IF PEAKY BLINDERS IS LIKE BOARDWALK EMPIRE, THE WIRE, OR ANY OTHER PRESTIGE DRAMA IT HAS BEEN COMPARED TO.

Knight, who has written every episode of the series, makes a point not to watch a lot of television shows or movies, for fear that they might influence his work. “I’ve never seen The Wire, I’ve never seen Boardwalk Empire,” he told Den of Geek. “I don’t really want to be looking at other people’s work because it does affect what you do inevitably … And film as well. I try not to watch [movies]. I know, it’s very weird. Previously, I’ve always pretended, especially in Hollywood when you go in and they say ‘It’s a film a bit like so and so’ and you go ‘Oh yeah, yeah, yeah’ and I’m thinking, ‘I’ve got no idea what you’re talking about.”

6. CILLIAN MURPHY HAS HAD TO SMOKE A LOT OF CIGARETTES. 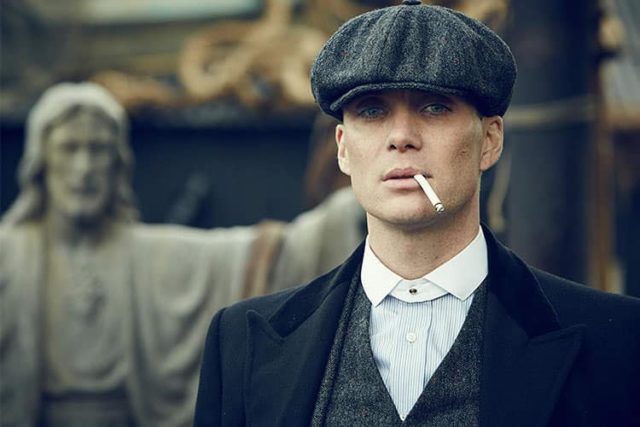 Though Murphy is rarely seen without a cigarette in his mouth in Peaky Blinders, the actor himself is a non-smoker. “I don’t smoke but people did smoke all day and night then,” Murphy said. “I use herbal rose things, they’re like my five a day! I asked the prop guys to count how many we use during a series and it’s 3000.”

7. THE TIMELINE CAN BE CONFUSING TO THE ACTORS.

Since the series is not filmed in chronological order, it sometimes feels to Murphy that Tommy gets unstuck in time. “We could be doing episode four in the morning and the finale in the afternoon,” Murphy explained of shooting the third season. “It was an incredibly mindf***ing shoot, so I got our director Tim Mielants to draw up four A4 sheets which I put up in my trailer about where Tommy was going, where he was at with the Russians at any point. I needed it to figure out what the hell was going on.”

8. ALL OF THE VISUAL REFERENCES TO HELL ARE INTENTIONAL. 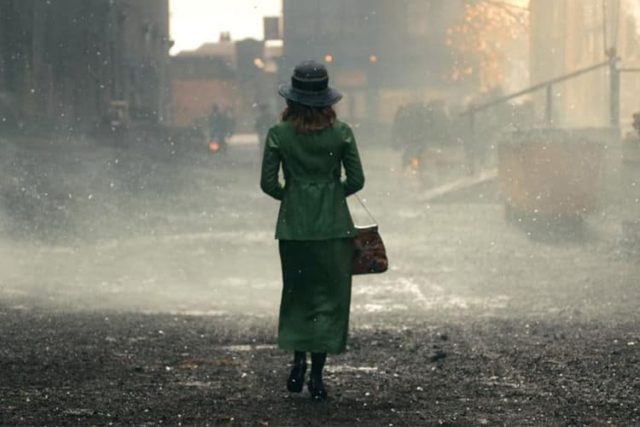 “The use of flames in the first episode is very deliberate,” Colm McCarthy, who directed all of the the second season, told Den of Geek. “The first time that we see The Garrison, we have this huge fireball. The next time we go there, Tommy is there and he’s got a flame whooshing behind him. We open that shot on fire, and then we end the episode with Tommy in that deep angle with that flame going in the background and he’s in a pit. Absolutely, there’s definitely a sense of hell. That’s very deliberate.”

9. IT COULD HAVE STARRED JASON STATHAM 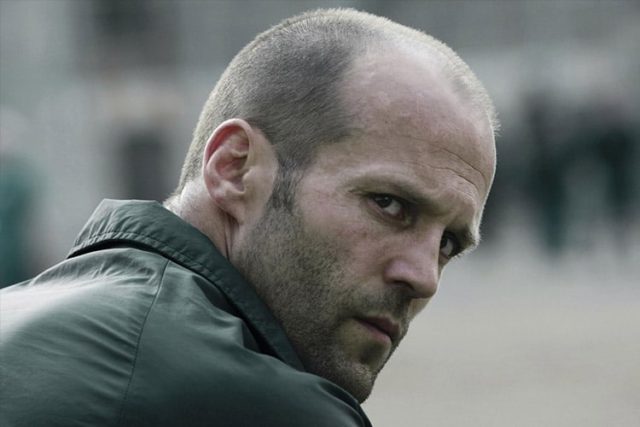 Knight directed Jason Statham in the 2013 film Redemption, and the writer-director was anxious to re-team with the actor on Peaky Blinders. Though Knight wouldn’t say which character he wanted Statham for, he told Den of Geek that he approached Statham about starring in the series. “But it was difficult because obviously he’s so committed elsewhere,” Knight said. “He’s such a great, great guy. He’s such a good bloke and such a nice bloke, as well as all the stuff that goes with it, he’s a really nice bloke.”

10. MICHAEL GRAY AND JOHN SHELBY ARE BROTHERS IN REAL LIFE. 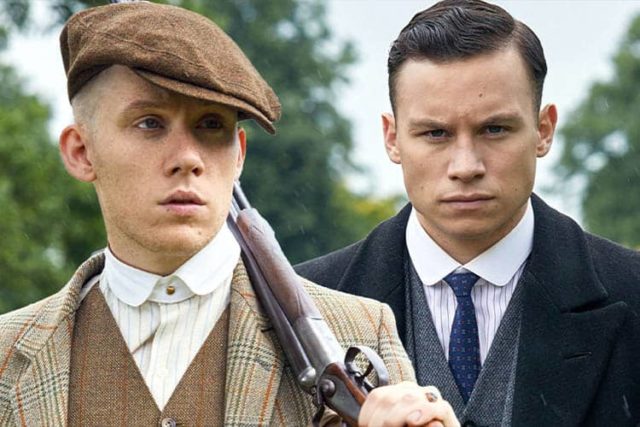 Finn Cole, who plays Michael Gray, has his brother Joe (who plays John Shelby) to thank for his role in Peaky Blinders. “[Joe] got the script … and we were chatting about it,” Finn explained. “I never really had the intention of auditioning for it, I was still at college at the time doing my A levels and I had to concentrate on them and then the following week after I had read it … I was really bored and I just thought ‘you know what? I’m going to give Joe a call and see what he says.'” Joe told his brother that they were doing open auditions in Birmingham, but Finn couldn’t afford the train ticket. So Joe suggested he tape an audition and he would set it along to his own agent. “We sent it to his agent and he sent it on to the casting director and it went from there,” according to Finn. “I had a couple of meetings and before I knew it I was on set, which was a crazy couple of months, but it was really exciting and really good fun as well. For his part, Joe said that Finn “kept nagging” him about getting an audition.

11. THE SERIES HAS SOME CELEBRITY FANS.

David Bowie was a major fan of the show; he sent a photo of himself with razor blades in his cap to Cillian Murphy one year before his passing. He also sent a representative from his music label to Knight to play his album, Blackstar, a week before the public even knew it existed. His music will be featured in the show’s third season.

Snoop Dogg is also a dedicated viewer. He even arranged for a three-hour meeting at a hotel with Knight when he was in London. “We spent like three hours in St Martin’s Lane Hotel just building joints and he’s talking about how the show reminds him of how he got into gang culture,” Knight told the Independent. “It’s incredible, I mean I don’t know where the connection is but it’s really taking off. It was surreal. We’ve kept in touch.”

12. THE CHARACTERS OF BILLY KIMBER AND DARBY SABINI REALLY EXISTED. 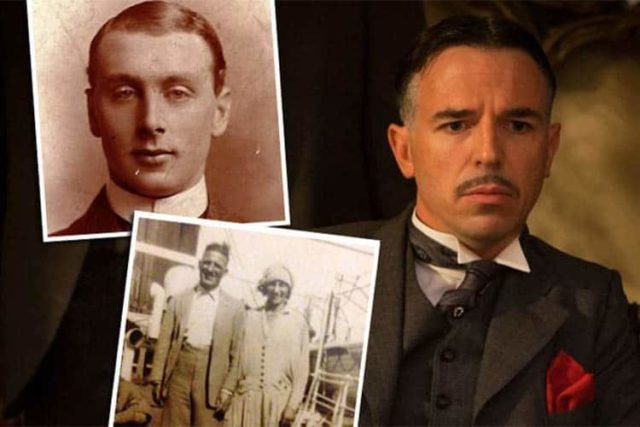 The characters of Billy Kimber and Darby Sabini were not born of the mind of the writer and director of the series. The two rivals were the great gangsters of their time. Billy Kimber died at the age of 63 at a nursing home due to mental disorders (not the Shelby family). Darby Sabini died a few years after his rival’s death, and no credible information is available about his death. Brighton Rock’s novel, written by Graham Greene, is inspired by the life of Derby Sabini and provides a large part of his life in the form of a novel.

13. KNIGHT HAS REVEALED WHEN THE SERIES WILL END. 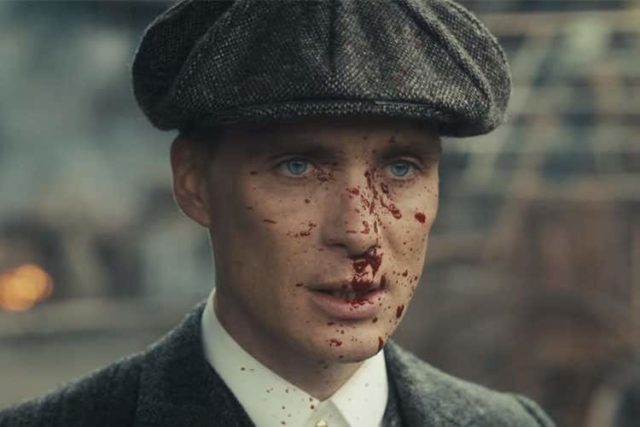 The show will conclude with the sounding of the World War II air raid sirens. “That ending is definitely the ambition, whether we get there or not I don’t know,” Knight said. “I do want it to be the story of a family between two wars.”

If you want more on Peaky Blinders be sure to check out the official website with merchandise, behind-the-scenes pictures and more from the Shelby Company Ltd.

Also, if you have an interesting point about this series that is not mentioned in this article, share it with us and other audiences of PlushNg in the comment section.