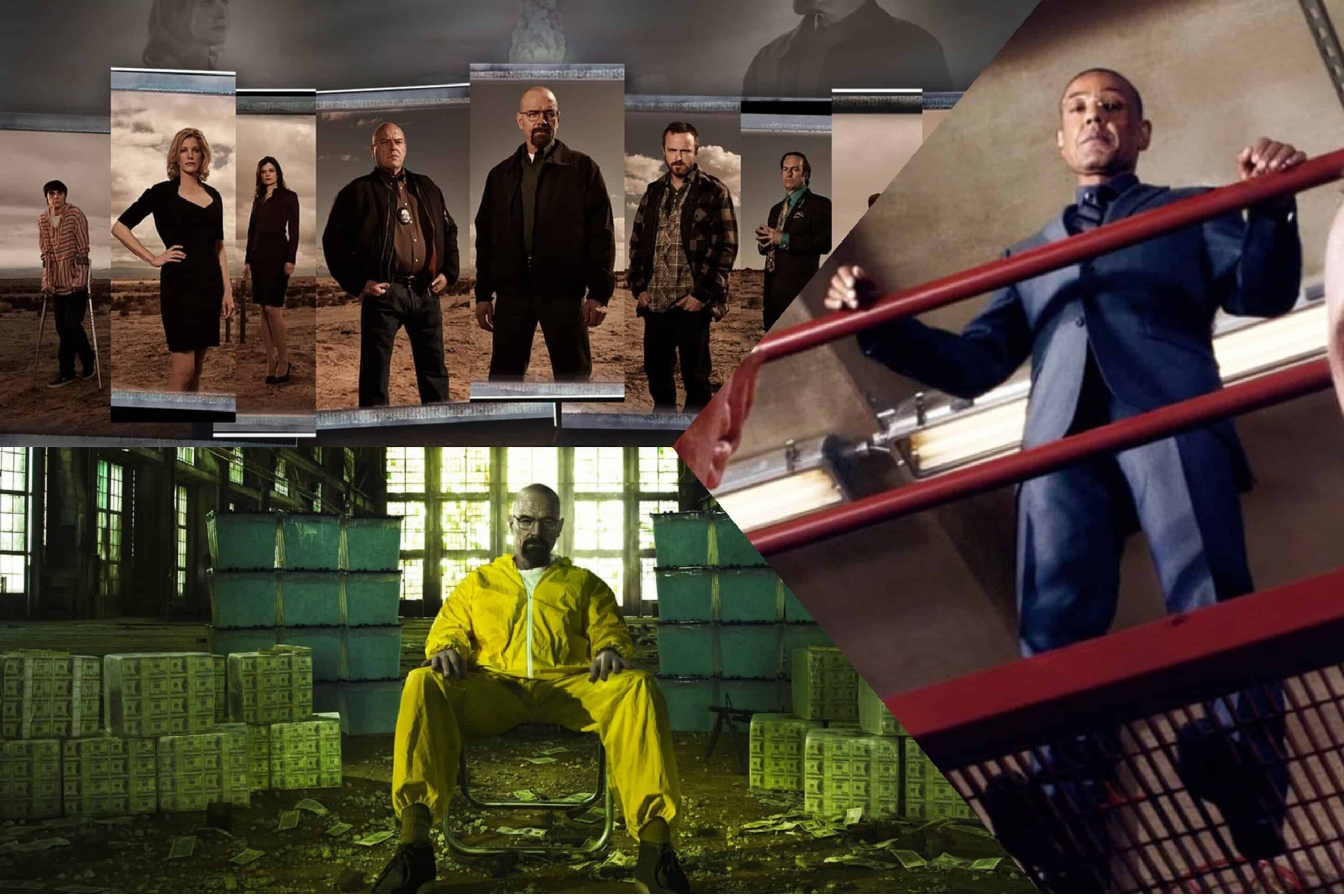 Breaking Bad is an iconic and brilliant show, with incredible binge-watching value. Particularly when it comes to these unforgettable episodes!

From the first season in 2008 to the last in 2012, Breaking Bad broke many records and had an incredible cast, the ability to make us laugh at Jesse’s antics, cry and be completely shocked in one scene. This is why fans must go back and binge-watch some of the best episodes throughout the five seasons.

It’s hard to rank the episodes because even the “worst” one isn’t bad, but throughout the 62 episodes, some are just worth remembering and giving a second shot. Maybe fans missed something the first time, or maybe it’s just a chance to revel in the fact that this show is so good, and it has been nominated and it has won a handful of awards. 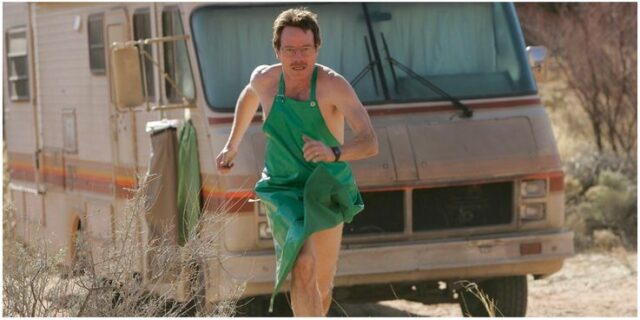 It’s been over a decade since the Breaking Bad pilot aired, which means there might be some details fans have forgotten about. Bryan Cranston, who plays the infamous Walter White, won his first Lead Actor Emmy for the series pilot, for his portrayal of a high-school chemistry teacher who maxes out his credit cards for simple items, and learns he has inoperable lung cancer.

To set up his family for a comfortable lifestyle, he hatches a plan to cook meth with his former student. This episode alone drew in fans and left them wanting more. 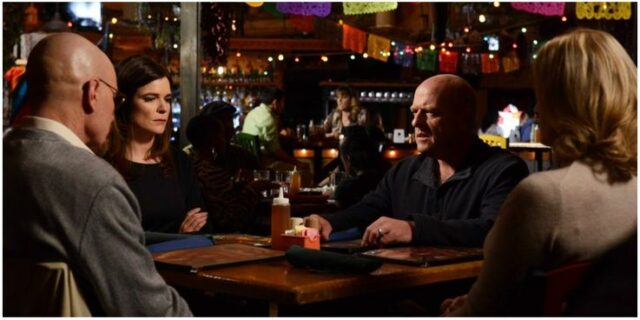 Fast-forwarding to the last season, a lot has happened and finally, Walter’s antics have caught up with him. Marie and Hank know all about Walter’s side hustle, and the episode gives fans a look into the uncomfortable and extremely awkward conversation between the couples.

While Hank and Marie think they are talking Walt into turning himself in with a full confession on tape, he flips the script on them and plays it out to make everything look like Hank is Heisenberg and Walt was only caught in the cross-fire of his plans. It’s safe to say that if there ever was a time in Breaking Bad where Skyler should’ve left Walt, it should’ve been before this interaction. 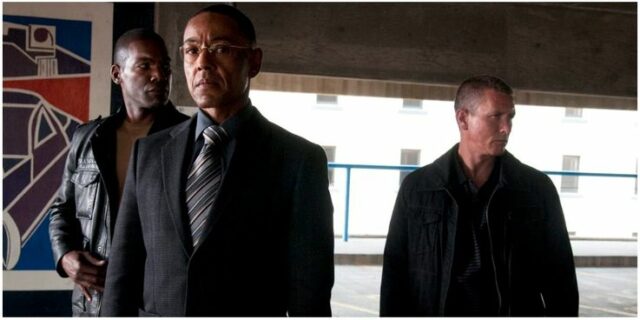 At this point, the partnership between Gus and Walt is done, and Gus wants Walt gone for good. Even though it looks like Gus might have the upper-hand, Walt pulls off his most malicious plots ever by convincing Hector to detonate a suicide bomb to take out Gus. One of the most shocking scenes in the entire series is Gus walking out of the room with a half-face before he makes his final appearance in the show.

As an added bonus, Jesse learns that his girlfriend’s son Brock wasn’t poisoned by ricin, and instead ate some sweet berries from the Lily of the Valley plant. The very last scene is a shot of a plant that’s growing poolside in Walt’s backyard. 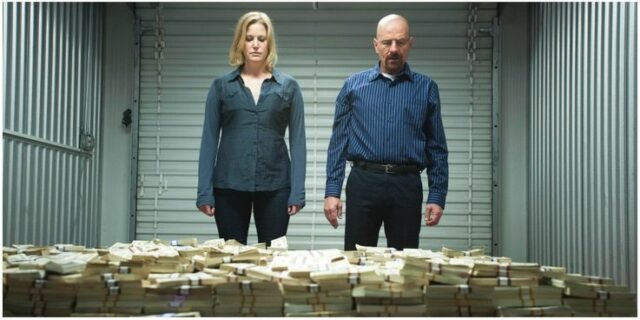 If there ever was a perfectly played out bloodshed scene in a television show, “Gliding All Over” has everything else beat. The episode starts out with a bang, backed by Nat King Cole’s bouncy “Pick Yourself Up” tune. Todd’s Uncle Jack pulls off killing ten men, spread across three prisons, in two minutes. Things are going seemingly well for Walt at that point until Hank picks up the wrong reading material in Walt’s bathroom.

Picking up a hardcover copy of Leaves of Grass, Hank immediately realizes who his “W.W.” is, and the look on his face says it all; Hank officially knows that Walt is Heisenberg. 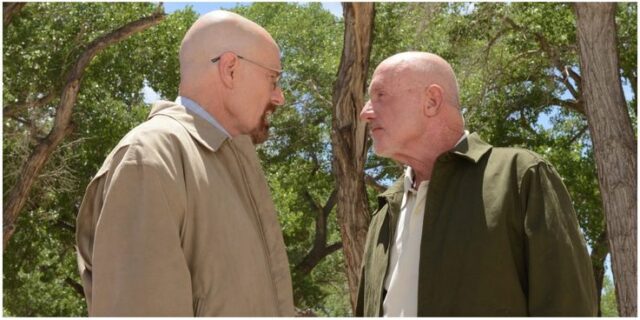 Breaking Bad has a lot of great one-liners, but “say my name” has gone down in history as the most popular. It’s an iconic line that most certainly stayed with fans, and it set the tone for Walt’s would-be enemies of trying to push him into stopping his meth production. What’s the most surprising about this episode is that it marks Mike Ehrmantruat’s last episode.

When Walt and Mike meet to hand off the money, Walt refuses to until Mike tells him who his nine remaining men are. When that doesn’t happen and Mike goes to leave, it’s then that Walt shoots him through his car window and it ultimately leads to his untimely fate. If there ever was a time fans felt bad for Mike in Breaking Bad, this would definitely be the top moment. 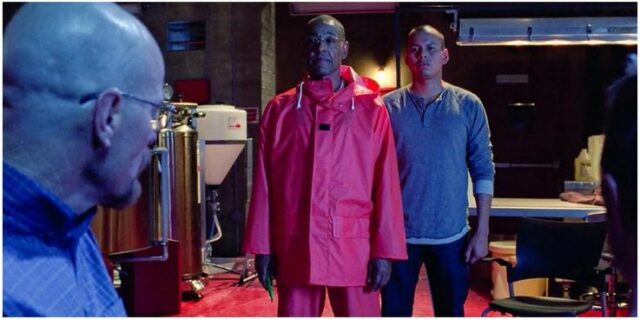 Before fans get to see just how ruthless Gus can be in “Salud,” they get a startling picture of what Gus is made of in “Box Cutter.” While the audience was left on a questionable note at the end of season three, it was worth the wait of Walt and Jesse’s repercussion from killing Gale Boetticher.

To prove to Walt and Jesse that even his most loyal henchmen aren’t safe, Gus brutally kills Victor. This scene had very few words, a box cutter, and a lot of blood, and that was all that it needed. This is also the start of the audience seeing Walt’s character start to change into the darker version of himself, while Jesse struggles with killing Gus and facing his own demons at the same time. 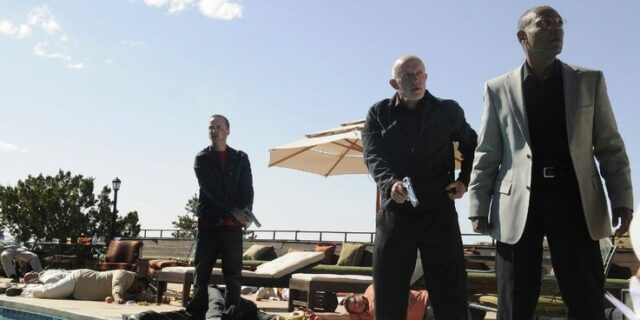 Gustavo Fring always presented himself as a calm, cool, and collected individual who handled business on the low and went about his day as an owner of a fried chicken restaurant. When “Salud” premiered in season four, the audience got to dig into his past and find out how he got to where he was now.

Gus travels back to Don Eladio’s estate in Mexico, where he watched the murder of his friend Max, years prior. Gus arrives acting like he wants peace but sees out his decades-old plan to seek revenge instead. To push it even further, Gus risks his own life to prove the bottle of tequila he brought is legit and lands himself in a make-shift hospital to re-coop after poisoning himself and the cartel.

At this point, Walt was pushed in a corner and turned to Uncle Jack and his cronies once again. While out in the desert to meet with Jesse, he plots to kill him but doesn’t realize Hank and his partner are with him.

At this point, things are lost in translation and even though Walt tried to call off the hit, Jack and his gang show up anyway. Once they realize who Hank and his partner are, the situation takes a turn for the worst. A shoot-out begins and it ultimately leads to Hank and his partner’s deaths. 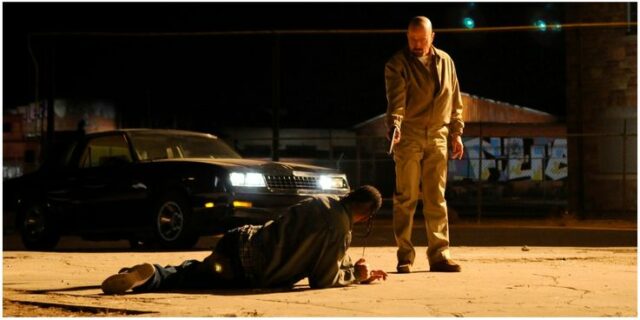 “Half Measures” stands as a pivotal moment in Skyler and Walt’s relationship, as Skyler demands they put their laundered money into a car wash. It’s also a crossroads of Skyler being a villain or a hero at this point in Breaking Bad because she knows too much. Jesse is also scheming, as he tries to find out who killed his good friend Combo. After Jesse promises to drop his plan after Walt tells Gus about it, another death has occurred; this time, it’s his girlfriend’s brother.

Pushed over the edge, Jesse decides to go through with his plan, but Walt is there to stop him and runs over the drug dealers with his own car. This is a huge moment for Jesse and Walt because Jesse realizes how far Walt will go to protect him, himself, and their business. 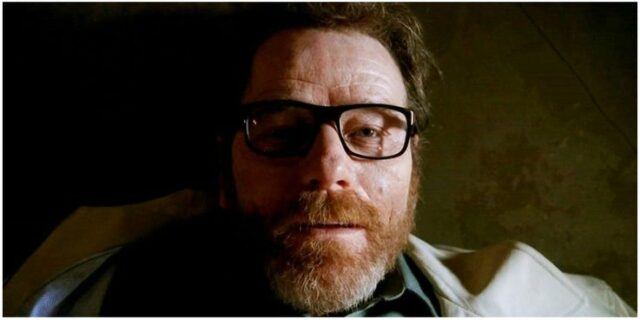 “Felina” was a satisfying end-all for the Breaking Bad series, because it wrapped up pretty much every major storyline in a bloody red bow. Walt finally gets his final revenge, while also facing the ultimate consequence.

The characters that are left — Skyler, Marie, and Jesse — have plenty of potential and El Camino was properly boosted up for Jesse to live on. If there were loose ends that weren’t tied up for Jesse’s character, El Camino paid tribute to most of them. 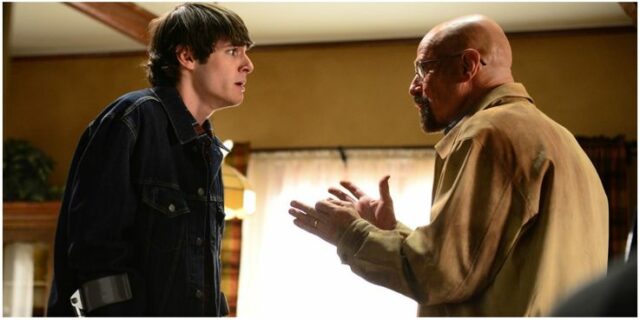 If there ever was an episode to binge-watch, “Ozymandias” is it. Writers Moira Walley-Beckett, Anna Gunn, and Bryan Cranston won Emmys for this episode, and rightfully so. This episode was a rollercoaster of emotions, that never let up until it was over. While Jack and his group show up at the meeting place of Walt and Jesse, Walt offers up his entire meth-lab fortune to save Hank’s life.

Hank realizes he’s already dead, Walt blames Jesse for Hank’s death, Jack finds out where all the money is, Walt confesses he allowed Jane to die, and kidnaps his own daughter; there is so much happening in this episode that it could’ve been its own movie. There is much more in this Breaking Bad episode, and each moment is explosive as the next.