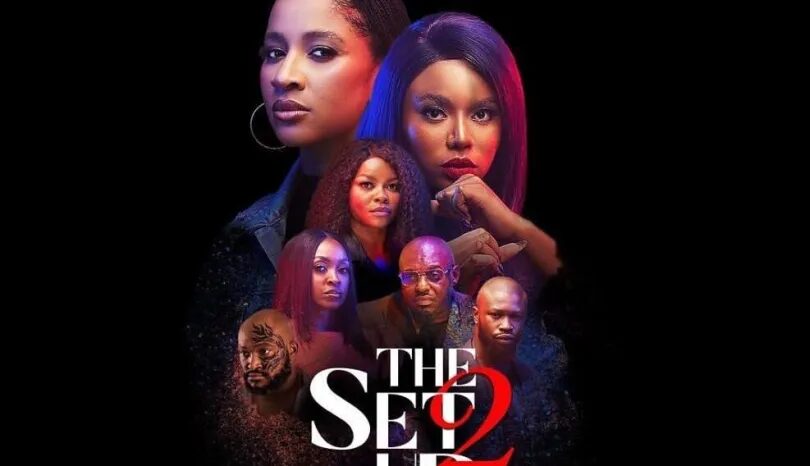 It has been four years since the events of the prequel. Chike (Adesua Etomi) is holed up somewhere. The Nigerian government wants her dead or incarcerated because of her underhand dealings from ‘The Set Up’. Also, she has been shut out of her life and from her adopted sister Grace (Kehinde Bankole), who is now married.

To get her to do a job, Usi (Nancy Isime), who now leads Chike’s former gang, kidnaps Grace’s daughter. This forces Chike and Grace to close ranks and work together as they discover that in Nigeria, the security forces, the gangs, the drug lords, the politicians, the money launderers and the terrorists are all cut from the same cloth.

What follows is a series of missions and counter missions. Will there be redemption for Chike, or is she still the same underworld linchpin?

For an industry saturated with many party-themed or the same run-of-the-mill grass-to-grace stories, ‘The Set Up 2’ is fresh air. It is even more as the storyline significantly improves its prequel. 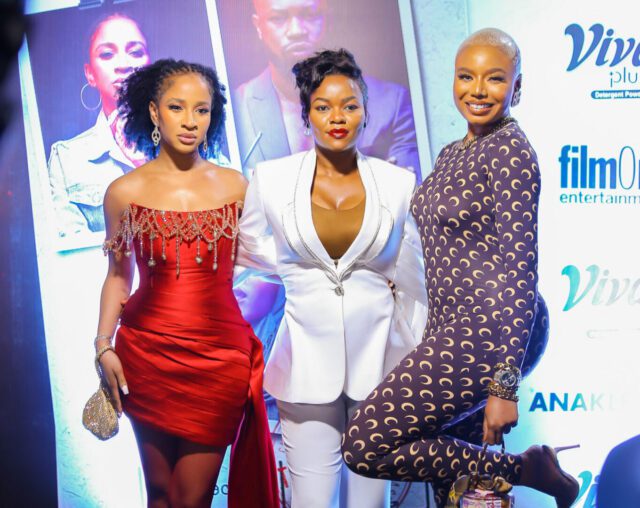 True to its name, the movie has multiple layers of setups.

In ‘The Set Up 2’, the US government gets Chike to exfiltrate an arms dealer, Mayowa Kuku. In the process, Usi tracks her down and brings her to do another job.

It upsets the Department of Security (DOS) which gets her to redeem herself or do time in prison. There is a jailbreak during which she realises she has been working for the wrong people.

The twist goes on and on.

The use of military gizmo, security surveillance and spy gadgets, airdrops, body armour, and night vision goggles, combined with brilliant acting from the cast, helped sustain the story.

While ‘The Set Up 2’ makes for a great watch, it also has room for improvement.

The movie is rife with plot holes, some of which may not be noticeable to the non-prying eyes.

To carry out the act, they trick him into believing they are working with the Nigerian and US governments. He was later discovered to be an undercover agent for the DOS.

How does an undercover agent not know when he is taken for a ride?

The lack of attention to little details almost mars what would have been a good film. 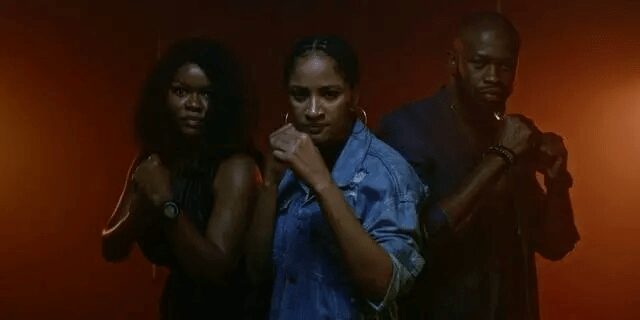 As an example, Usi and her gang hit Grace’s apartment clandestine-style. In the process, things get out of hand. There is an altercation. A lot of destruction is done, and the baby is forcefully taken from her parent.

But the baby does not utter a sound. Simulating baby cries would have helped sell the scene better. And that is just one of the many details the director failed to ignore.

While the fight scenes were understandably crucial to the film, the actors failed to deliver in that regard. Understandably, they have not known fighters.

It’s time Nollywood began to explore emerging dance-fight groups’ services to give such scenes some measure of reality.

Also, the use of stunt doubles is another thing the industry should begin to explore.

Nollywood has few films that dwell on insecurity and terrorism. And even when it does, it is usually from victims’ perspectives.

Yes, ‘The Set Up 2’ is not a true story, and some aspects of the plot may appear farfetched, but as it is widely believed, fiction is the precursor to reality.

Doctor Strange in the Multiverse of Madness: Did It Live Up To Box Office Expectations?

Upcoming Martial Arts Movies To Keep On Your Radar