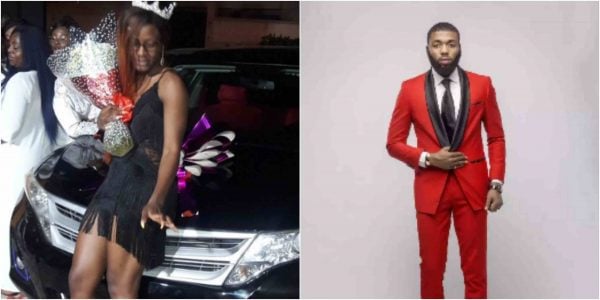 Before this came to light, the high point of her day was the moment her fans presented her a car as a birthday gift.

Shortly after the presentation, trolls began to insinuate that she bought car herself and asked her fans to present it to her just to prove a point.

Today, ace stylist and close friend of Alex, Swanky Jerry has come out to refute the claims.

In a post he shared on his Insta-stories, Swanky revealed Alex also got a 2018 Range Rover as a present yesterday but rejected it. 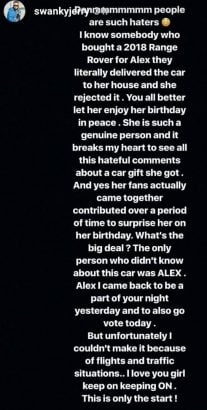 See the car her fans bought for her: 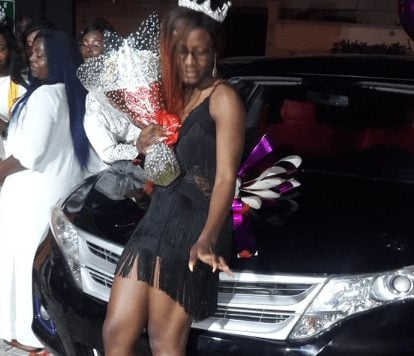 Mompha slammed for buying Bentley Bentayga for his son, he reacts