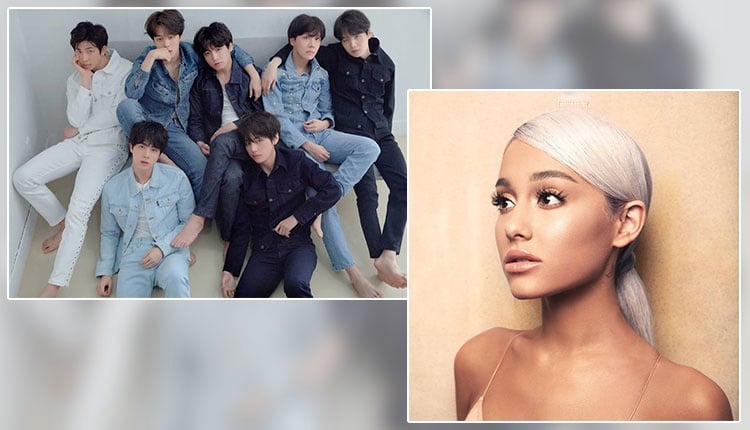 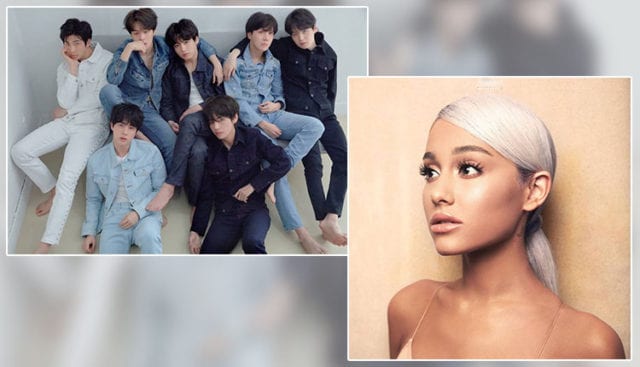 Sources say its just a matter of time

Ariana Grande and BTS are some of the most popular pop music icons. Ariana Grande has always been a hit amongst the teenage masses since quite a while. On the other hand, BTS has taken over the limelight for the past two years.

Fans have been wanting to see the two pop icons come together for a collaboration. BTS, as well as Ariana Grande both, are always creating and producing new music.

screaming. 🖤 thank u soooooo much for coming to my show, Jungkook. it meant so much. love u sm 🌬

The post in which they look cute has piqued interests amongst the fans. Ariana Grande has even made this photograph the wallpaper of her phone.

Sources say “Since both Ariana and BTS are always working on music and are in the studio, it is only a matter of time that they do something, sometime in between their tours they will try to get something done.” Ariana Grande’s tour ‘Sweetener’ started out on 8th March this year. On the other hand, BTS’ tour called ‘Love Yourself: Speak Yourself’ has started out the 4th of May.

People are speculating about their friendship as a relationship. Sources say “Jungkook is a huge fan of Ariana and looks up to her talent and definitely thinks she is really cute but its all professional between the two. They aren’t starting any sort of relationship, it is just innocent and cute between the two to where they can hopefully start a friendship and hopefully will have time to collaborate down the line. Jugkook would think that would be incredible.”