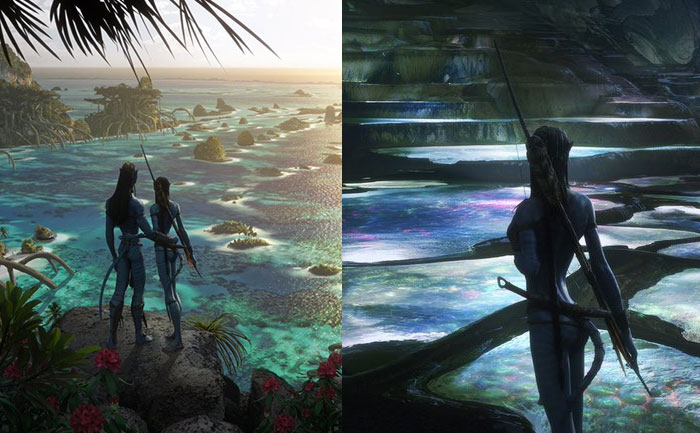 James Cameron’s Avatar that hit the screens in 2009 was the highest-grossing film till ‘Avengers: The Endgame Game’ took that baton from it. The sequel of the film is one of the most anticipated films. Though there is a wait of two years for the film to hit the screens the makers are raising the expectations level to a new high by sharing some concept art.

As per a Variety report, On Monday, director James Cameron shared a never-before-seen concept art during a presentation of the sequel of the film. The production house 20th Century Fox took to Twitter to share the first glimpse.

The tweet read, “Return to Pandora with the new @Avatar concept art @JimCameron just debuted at #CES and discover the @MercedesBenz #VISIONAVTR concept car inspired by the upcoming films.”

It has created a buzz on the internet and fans are now eager to watch the complete film.

James Cameron had earlier too shared pictures and videos from the sets of Avatar 2. Check them out below.

Fire, water, and 3D — these are a few of my favorite things. https://t.co/Zd4MRxGZxx

Taking a break from filming the sequels to share some exciting news — the first Avatar is coming to @DisneyPlus when it launches on November 12. https://t.co/TGIL0SH0ZE

I’ve loved @AJemaineClement’s work for years and I’m really pumped that he’s joining our cast as Ian Garvin, one of my favorite characters. https://t.co/vctMcPXQsY