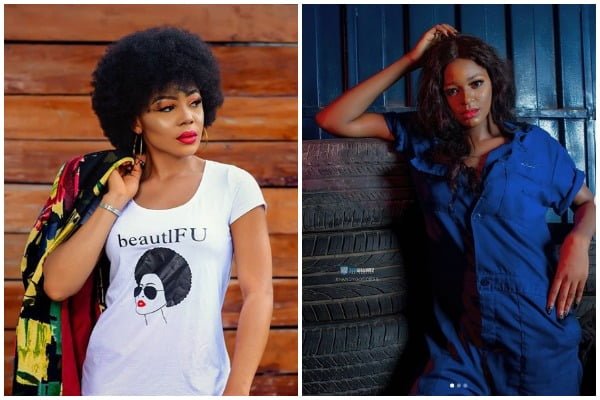 BBNaija reality TV star, Ifu Ennada has revealed that she makes N5million in a day. She made this known during the 6th episode of the BBNaija Reunion show.

However, her words didn’t sit well with Ahneeka who reacted like someone who wanted to pass out, as if to say Ifu Ennada was lying. Princess also reacted with a hard laughing to the unbelievable story shared by Ifu.

When it was time for Ahneeka to speak, she revealed that her several attempts to get the bag was sabotaged by Ifu.

This led to some heated argument between them to the point that Bambam chipped in by saying Ahneeka would beat Ifu.

Watch video of the butter argument below,

Ifu's power is in her mouth, as for Ahneeka, she would have beaten the shit out of Ifu 😂😂. #DoubleWahalaReunion pic.twitter.com/2WXahhVgmk

#BBNaijaReunion: Moment Cee-C and Alex got involved in bitter argument before they settled (Video)