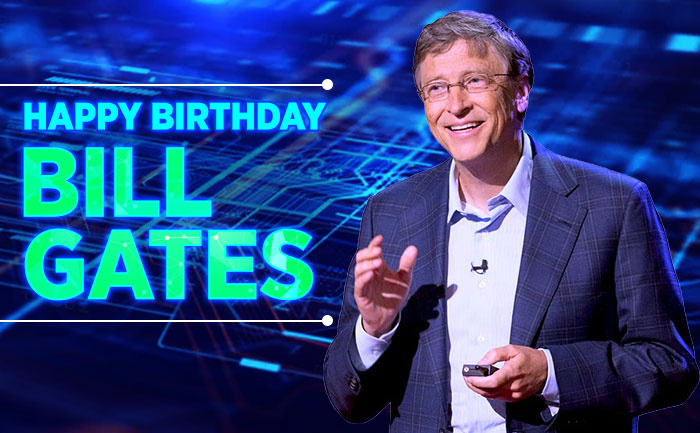 The Founder of Microsoft and philanthropist, Bill Gates is one of the most influential persons in the world. He is in the list of worlds richest people. The billionaire, who has become a household name after the massive success of Microsoft, Excel, Word, and the Windows operating system is celebrating his 68th Birthday today. On the occasion of his special day today, we take a look at the fascinating facts about him.

Born on October 28, 1955, Bill Gates real name is William Henry Gates III. He was born in Seattle, Washington to William H. Gates Sr. (1925–2020) and Mary Maxwell Gates (1929–1994). During his school days, he was more inclined towards coding. His school management realized Gates’ was proactive for coding and thus they had let him write the school’s computer program for scheduling students in classes.

Bill Gates has a great enthusiasm for reading and he often suggests his fans with the interesting books to read. Gates has also read the entire ‘World Book Encyclopedia’ series during his teenage years. He was great in studies and scored 1590 out of 1600 in his SATs exam.

Like several Billionaires, Bill Gates was a college dropout. He left Harvard University in the year 1975 and went ahead dedicating his time towards his project Microsoft.

Not many people know that Bill Gates was once arrested for by Police in New Mexico. After dropping out of Harvard University, he was caught driving a car without the license and he ran over red right.

Bill Gates is known for owning several most expensive properties including a private plane. In 1994, he purchased Leonardo da Vinci’s ‘Codex Leicester,’ a manuscript that dates back to the 16th century. He paid $30.8 million for the journal at auction, a price that made it the most expensive book ever sold.

Despite having such a huge bank balance, Gill Gates says that his kids will only inherit $10 million each. “Leaving a massive amounts of money is not a favor for them,” he says.

We the team of PlushNg wish the billionaire a very Happy Birthday.