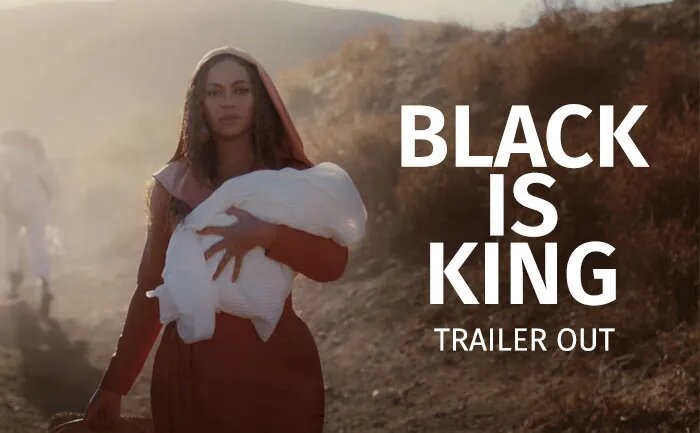 The new official trailer for Beyoncé’s forthcoming visual album Black Is King is out. It has been shared by the singing Diva and features a host of celebrities. From her Destiny’s Child cohort Kelly Rowland, Lupita Nyong’o, Naomi Campbell, Pharrell Williams, and Jay-Z.

Watch the trailer of the visual delight here:

The trailer is all about a young king’s journey through betrayal, love, and self-identity. How he is helped by his ancestors and earns the virtues to reclaim his throne.

Black Is King is a live-action remake of The Lion King with music from Beyoncé’s album The Lion King: The Gift, which was released last year. It is a visual album that “reimagines the lessons of The Lion King. It is for today’s young kings and queens in search of their own crowns.

The film will premiere globally on Disney+ on 31 July. Two weeks after the one-year anniversary of Disney’s The Lion King.