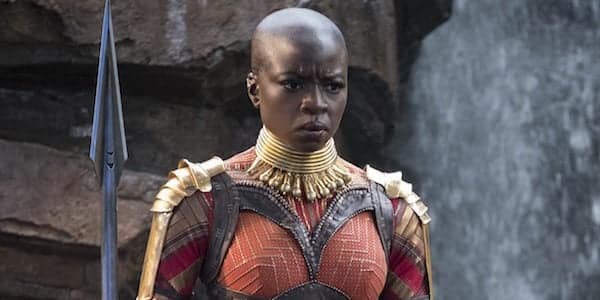 Today we have confirmation from Guiria herself that she will be returning as Okoye in director Ryan Coogler’s much-anticipated Black Panther 2.

Danai Gurira who was recently at San Diego Comic-Con promoting her final season on The Walking Dead and said this about reprising Okoye.

“Listen, listen… literally, I have no information, that’s the beauty of our conversation right now. Mr. Coogler says, ‘Tell them we’re working hard, and you’re in it.’ That’s all I got for you [laughs].”

Good enough for me at this point in time! And then in a fun bit, the Avengers: Infinity War and Avengers: Endgame actress was asked if we can anticipate the return of Fruitvale Station and Fantastic Four actor Michael B. Jordan as the scene-stealing Erik “Killmonger” Stevens. Gurira laughed and said:

Hurm. I guess we’ll just have to wait and see if the powers that be behind Black Panther 2 decide to pull a fast one and bring back Michael B. Jordan’s Killmonger for this new movie. Hell, if Rob Zombie can bring back his Firefly Family for Three From Hell following their epic “deaths” in The Devil’s Rejects anything is possible!

Ryan Coogler directed the first Black Panther movie from a screenplay he co-wrote along with Joe Robert Cole Based on the classic Marvel character created by Stan Lee and Jack Kirby. As is the case with all of the recent Marvel movies, Kevin Feige produced Black Panther, and the film featured music by Ludwig Göransson, cinematography by Rachel Morrison, and editing by Michael P. Shawver and Debbie Berman. Walt Disney Studios unleashed the Marvel Studios movie into a jam-packed movie theater near you back on February 16, 2018. The $200 million productions managed to snag a phenomenal $1.3 billion at the box-office all said and done. This update comes to us from MTV News over on YouTube.