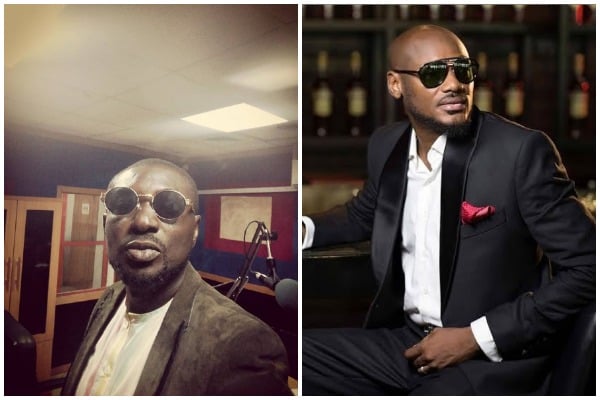 The feud between former band members Blackface and 2face recently took a new dimension after the former claimed the latter is gay. But Blackface has given a condition to end fight with 2face in a new interview.

In a chat with The Pulse, Blackface expressed his frustrations over the lingering feud and court case between him and the African Queen singer

”They should also ask what is 2face after too? What is his game plan? What is his plan with Efe Omorogbe his manager, or do you think they don’t have any plan?

Efe Omorogbe had been listed as a co-composer of the song, which was the lead singer in 2face’s 2014 Album The Ascension, a situation that has not gone down well with Blackface who insists that it is a plot to cut down the percentage he is supposed to earn from the song’s royalties.

How does that seem to the world? They are just paying people to write rubbish about me, that is what they have been doing all their career.”

He then went further to say:

You guys need to give them the real state of the matter because the thing is going crazy and we are fighting this because of the entertainment industry.”

Blackface also said that he is sad that he is being perceived as the bad guy in the story:

Who does that? It has to stop. And the only reason they can do that type of thing is that they feel they have the media to back them up.

So tell the world what those people have done, not for people to be asking what does Blackface really want? What have they done that they are hiding? That are the questions that should be asked,” he concluded.