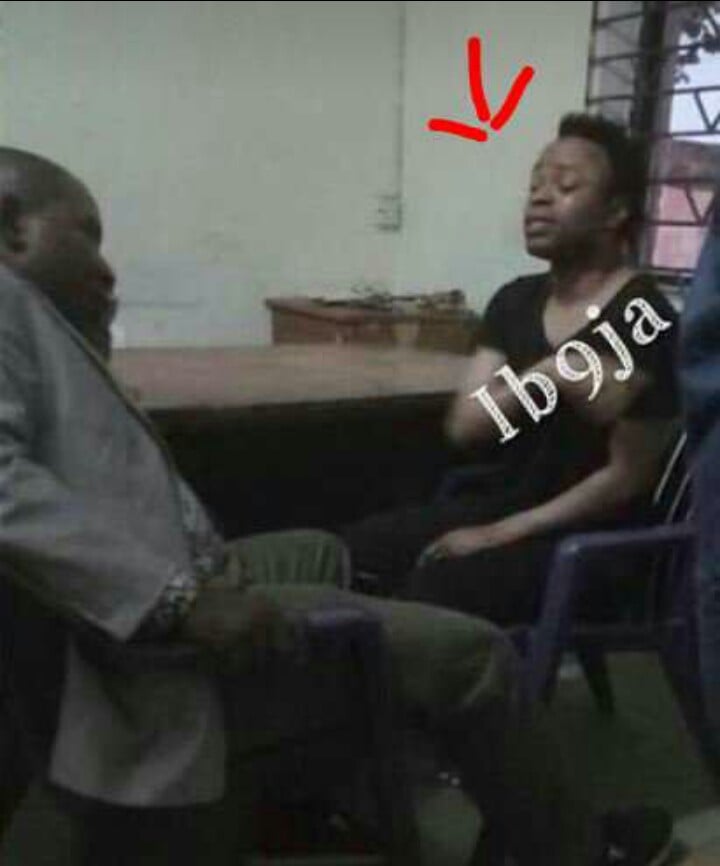 Popular socialite and controversial cross dresser “Bobrisky” real face has been uncovered after being arrested by the police in his Lekki home.

Reasons for the arrest seems to be unknown as some reports gathered claims that the arrest may not be unconnected to the lingering fight between him and serial entrepreneur Toyin Lawani, because Bobrisky slandered Toyin via his Snapchat, after she called him a riff-raff during an interview.

But the shocking part of the arrest, was that for once,  he (Bobrisky) looked liked a guy after meeting face to face with the law(police) who were asking him series of questions.

Although Insiders had reveal to us that Bobrisky will likely be transferred to Abuja, tomorrow morning, all things being equal and if Jesus Christ tarries. Olamide Claims His 17track Abulm Was Made In 48hrs