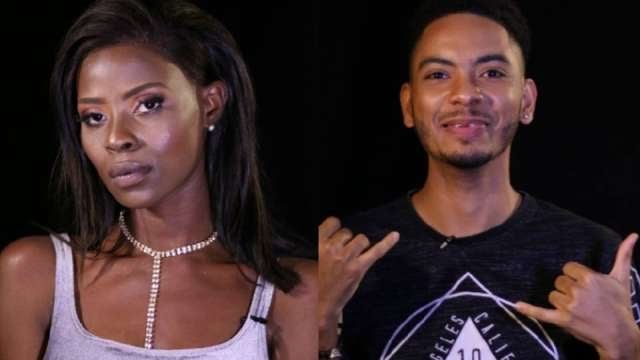 The Housemates seem to have a problem following Biggie’s rules and this evening it all came to a head when he issued three Strikes to Khloe, K.Brule and Dee-One for provacation. The other housemates were left in schock following the turn of events in the house as some were drawn to tears. Dee-one was not also left out as he was given his first strike.

Khloe took it too far when she decided to provoke K.Brule last night with some harsh words. Due to this offense of provocation, Big Brother gave Khloe a Strike, putting the pair on two Strikes but this time her lack of tact dragged her into the worst punishment Big Brother could give, dismissal from the House. This is thanks in part to the behaviour of her partner.

Tonight was not a good one for the pair of K_Squared, K.Brule, who has been openly emotional and sensitive throughout his time in the House also pushed Big brother too far. Last night, after threatening to assault Dee-One as well as being called to the Diary Room numerous times and still not responding, eventually having to get carried by his fellow Housemates to the Diary room. This act of utter defiance, put the pair on three Strikes which is what led to them being disqualified from the House.

Biggie was not playing any games this evening, it is time that the Housemates fully realised that this is Big Brother’s House and they need to follow his rules. A Strike was issued to Housemate Dee-One for his constant provocation in the House.

Things are getting very real, very fast in the House – What do you think of tonight’s Strikes?

The fate of the other housemates will be determined tonight as the first eviction on the Big Brother reality show will be airing live today on channel 198(DSTV) and channel 29(GOTV).

OMG!!! #BBnaija Miracle And Nina Finally Puts The Cake In The Oven(Watch Video)