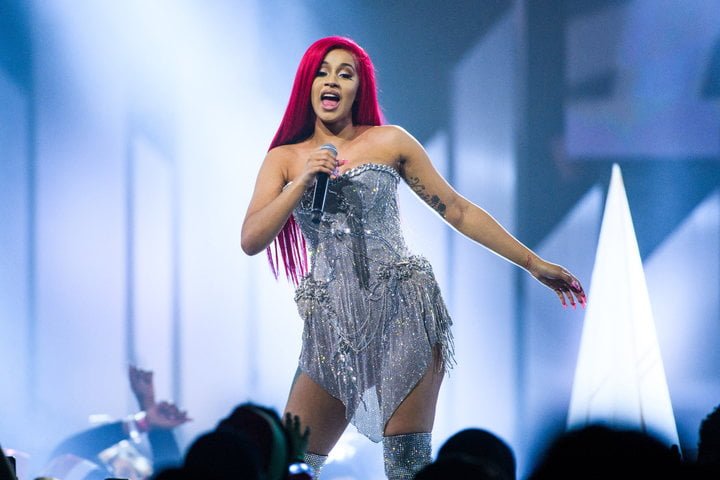 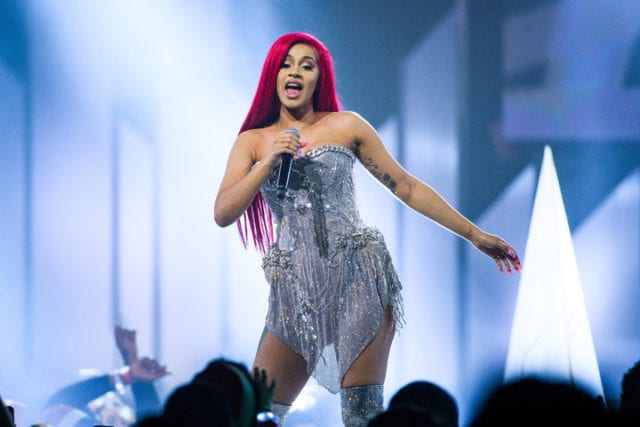 TORONTO, ON – DECEMBER 09: Artist Cardi B performs on stage during the 2017 iHeartRadio Canada Jingle Ball at the Air Canada Centre on December 9, 2017 in Toronto, Canada. (Photo by GP Images/Getty Images)

Cardi B has replied after a Twitter user told her she isn’t a good role model to young girls looking up to her and the reply is interesting to read.

It all began after the rapper tweeted: “I’m just nasty like that.”

And a Twitter user replied, writing: “I love you alot but I don’t agree with the messages you’ve been sending us young girls. So many of us look at you as a role model and that should send a very loud message.” 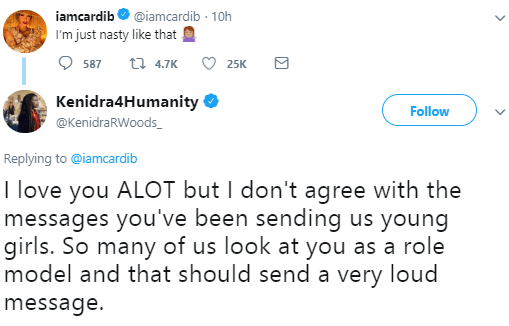 For these past two years I been watching what I say and I haven’t been myself.I been feeling trap and sad cause it’s not ME but everybody tell me to be it for me to be this “rolemodel”and guess what ? People still spit my past right in my face so for now imma be my old self again 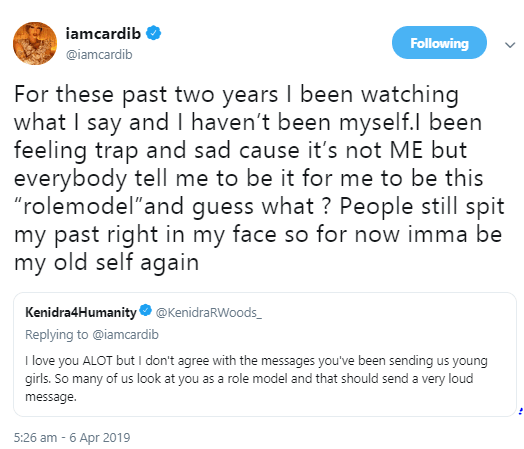 Related Topics:Cardi B
Up Next