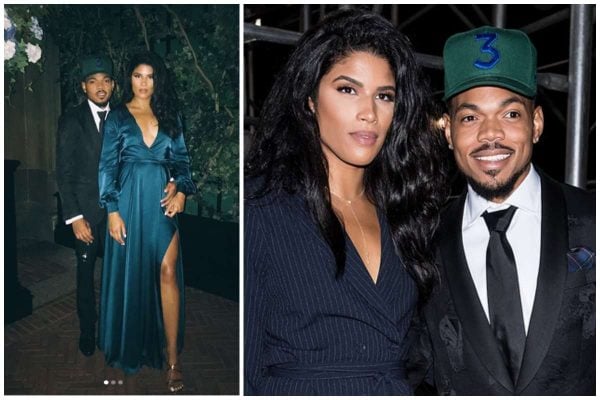 Chance The Rapper and Kirsten Corley, are set to get married this weekend, and the rapper has now revealed how they met.

The couple are childhood sweethearts but not much is known about how they met, until now, as Chance took to Twitter to share the story, detailing their special love story, revealing that it all began at the age of 9

Before tying the knot, the Coloring Book rapper detailed the chance encounter that could be straight out of a movie, where he saw the girl who would eventually become his future wife at a Christmas party for the real estate company his mom worked for 16 years ago. Chance was just an innocent 9-year-old boy at the time, but little did he know, love was in the air.

“I’m locking eyes with the prettiest girl I ever seen in my almost-a-decade of life on earth,” he began, as Corley would put on an impromptu performance covering a Destiny’s Child song with her friends for the crowd. “I was just staring at her; as she and her girls were conquering this choreography.”

“I knew I was going to marry that girl. So I shook my head with anxiety, moved to the back of the crowd and never introduced myself,” Chance explained of his potential missed opportunity. “16 years later, it’s happening. This [weekend] is the time, and the place is my wedding. I’m gonna dance with my wife because this is my destiny.”

Storytime. A thread on how I met my wife. pic.twitter.com/Qi0DWRZF0r

R Kelly accused of another sexual abuse in fresh investigation