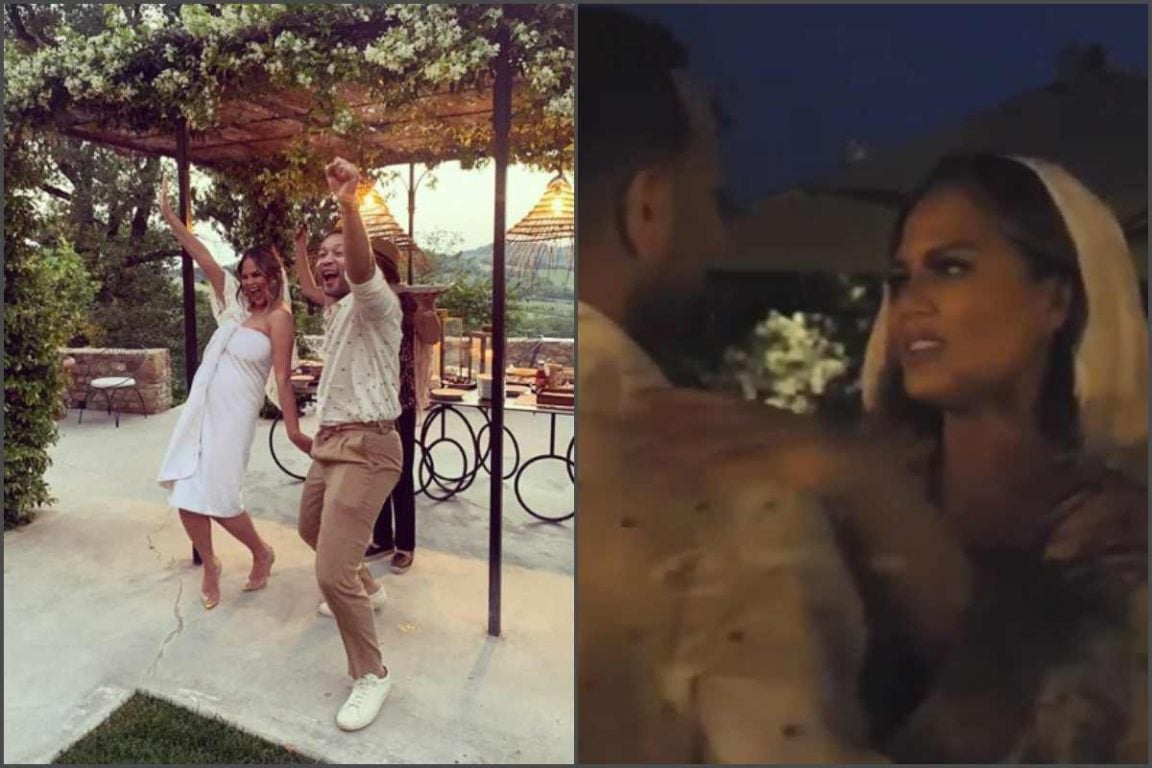 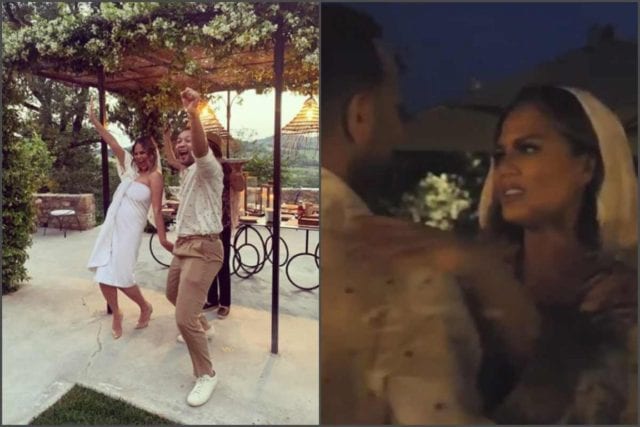 Chrissy Teigen wears a towel as a wedding dress as she renews her vow with John Legend.

Chrissy Teigen wore a towel as a wedding dress as she renewed her wedding vows with husband John Legend. She recreated an episode of TLC’s Four Weddings in her Instagram story for “the other six people who watch it” while on vacation with her husband John Legend and family in Italy, she created a DIY dress made of a towel some and nail polish accents.

It all went down Friday in the backyard at the couple’s Los Angeles mansion. The “Lip Sync Battle” co-host got the bright idea to renew their nuptials after a member of her team taught her how to properly tie a shower towel around herself. This became an opportunity for an impromptu wedding ceremony.

Teigen’s mom officiated the whole thing and Legend didn’t seem to mind that his bride was wearing a towel, which kind of acted as a dress or a veil.

The couple shared a kiss at the altar and danced under the stars, but not before taking the iconic “we just got married” shot.

Khloe Writes Epistles To Declare Her Love For Teddy A