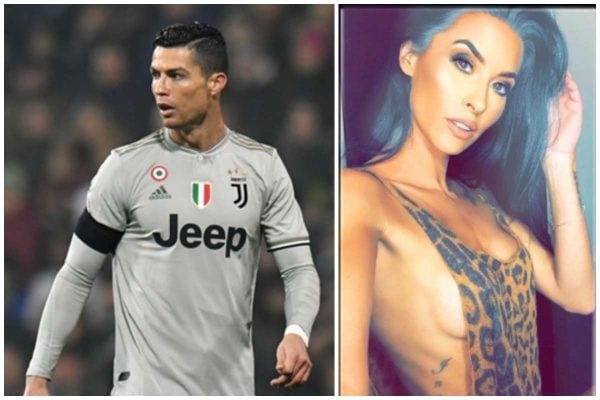 She has outlined her legal threat on Twitter, boasting that her “lawyer hasn’t lost a case in his entire career”.

“My legal team decided we were going to sue for defamation, for lying about not knowing me as well as serving the harassment order which is why it has taken longer.

“There has been a massive amount of work to do.”

Last month the reality TV star insisted that she repeatedly told Ronaldo to leave her alone, but claims he failed to do so.

Lennard, who dated the footballer a decade ago, said she had been in contact with him for the past 18 months.

She has offered to help the lawyers of US model Kathryn Mayorga who claims he raped her nine years ago in Las Vegas.

It is a claim that former Manchester United and Real Madrid ace Ronaldo, 33, vigorously denies.

CLICK HERE TO JOIN OUR EVER ACTIVE WHATSAPP GROUP
Related Topics:Cristiano Ronaldo
Up Next