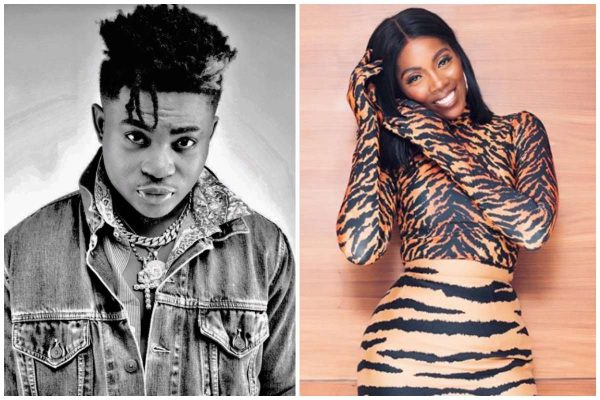 Danny Young has sued Tiwa Savage for copyright infringement and his seeking damages in the sum of Two Hundred Million Naira.

The singers Creative Legal filed a lawsuit against Tiwa Savage and Mavins Records for damages in the sum of N200,000, 000. 00 (Two Hundred Million Naira) for copyright infringement.

Danny Young is seeking remedy against Tiwa Savage and Mavins Records for unlawfully copying his 2009 release, Oju Tiwon, in Tiwa’s 2018 release, One. 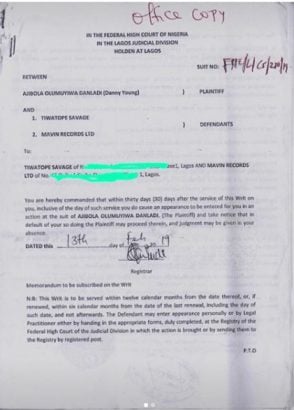 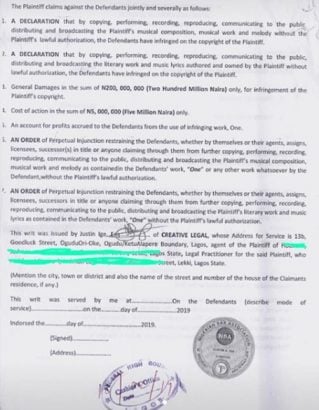 Danny Young had previously spoken about the whole case in a chat with punchng.com, saying he had left everything in the hands of his lawyers. He said

“I wasn’t the one who contacted YouTube. My lawyers handled the process; I didn’t know how they went about it. You know YouTube knows the right thing to do.”

“She felt we couldn’t do anything. I am sure she and her team know that we have a valid point. We didn’t even ask them for money, but we felt intellectual theft should be taken seriously in this part of the world.

This is just the beginning; I plan to see this to the end if she doesn’t reach us for a compromise.”

I’m the most romantic actor in Nollywood – Uche Maduagwu