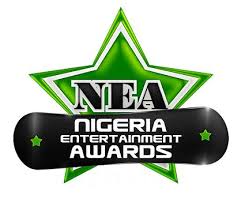 It was organized to reward the best Nigerian entertainers. The well hyped event was lit up by the presence of the biggest celebrities in Nigeria including Davido, Seyi Shay, Dremo, Mayorkunand and a host of others.

Singer, Davido was the biggest winner of the night, he claimed the awards forAfropop Male Act of the Year and Hottest Single of the Year for his hit single, IF.

His co-singer, Mayorkun also took home an award for Best New Act. Olamide took home the award for Album of The Year (“The Glory“) and Rap Act of the Year.

Incase you missed it, See full list of winners below:

· Album of the Year: Glory (Olamide)

· Hottest Single of the Year: If (Davido)

· Rap Act of the Year: Olamide

· Indigenous Artist of the Year: Phyno

· Diaspora Artist of the Year: Jidenna

· Inspirational Artist of the Year: Sinach

· Most Promising Act to Watch: Deshinor

· Music Producer of the Year: Krisbeatz

Wizkid Ignores Banky W’s Wedding Again After Promising To Attend, See What He Was Doing (Photo)