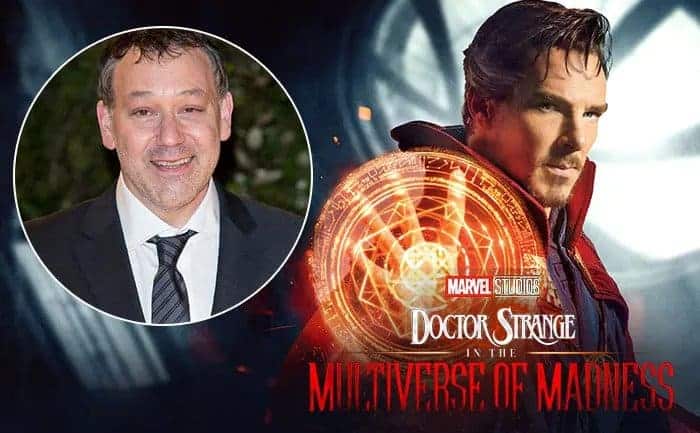 Doctor Strange in the Multiverse of Madness starring Benedict Cumberbatch finally has a new director. He is none other than Sam Raimi the director of Spider-Man’s trilogy featuring Tobey Maguire. Raimi took on the role after the surprise departure of Scott Derrickson, who directed the 2016’s, Doctor Strange.

Sam Raimi’s involvement in the project first came to light in February. When Scott Derrickson took to Twitter to congratulate him. But there was no confirmation of the same by Raimi himself. Sam Raimi has finally confirmed his involvement as director for Marvel’s Doctor Strange 2 while promoting his new Quibi series 50 States of Fright. Ironically, there’s even a Doctor Strange reference in Spider-Man 2, which Raimi directed in 2004.

I loved Doctor Strange as a kid. He was always after Spider-Man and Batman for me, probably No. 5 for me for great comic book characters. He was so original, but when we had that moment in Spider-Man 2 I had no idea that we would ever be making a Doctor Strange movie, so it was really funny to me that coincidentally that line was in the movie. I gotta say I wish we had the foresight to know that I was going to be involved in the project.

Raimi is best known for the Evil Dead horror series. So Raimi seems to be an apt choice for Doctor Strange 2 that might have some horror sequences.

Sadly fans will have to wait a little longer as due to COVID-19 pandemic, Marvel has pushed back release dates for many of the upcoming Phase 4 films.

House Of The Dragon Release Date, Cast, Synopsis & Trailer; When Will ‘Game Of Thrones’ Prequel Be Out?

Creative Guide On How To Become Lara Jean By Lana Condor