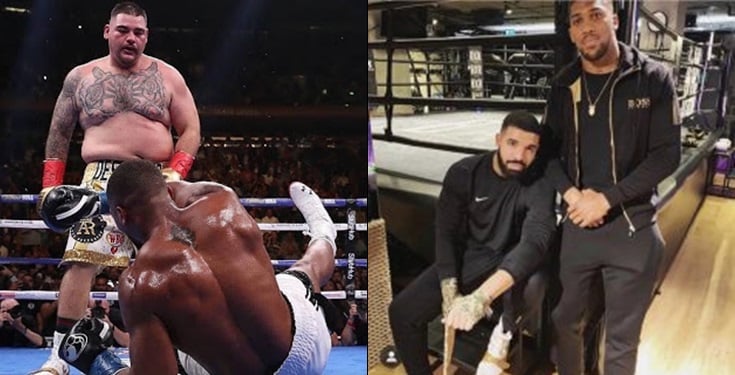 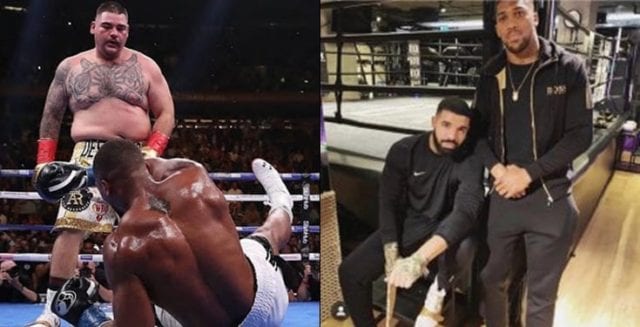 British-Nigerian heavyweight champion, Anthony Joshua has emerged as the latest sports star to be a victim of the ‘Drake curse’ after he was beaten last night by Mexican boxer, Andy Ruiz Jnr.

Back in March, the 28-year-old boxer posted a picture with Drake and vowed to break the Drake Curse, a phenomenon whereby any team or athlete the Canadian rapper is pictured with ends up losing a big event.

‘Bout to break the curse #June1st,’ he captioned the photo with Drake. 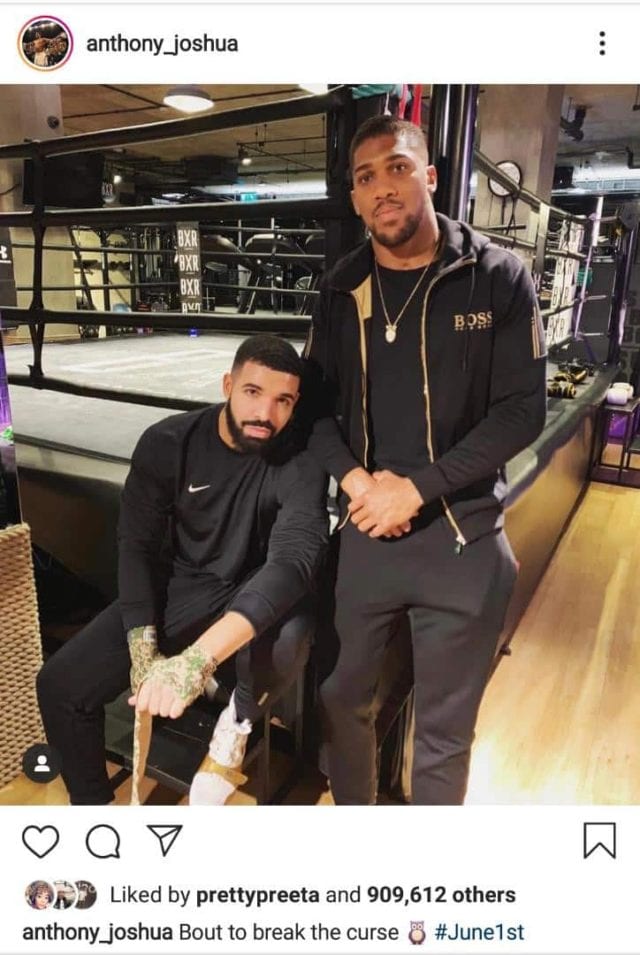 Before his fight with Ruiz Jnr, Joshua admitted that the Drake curse is real after his initial opponent Jarrell Miller failed a drug test.

‘You know about the Drake curse? It is real though. Do you know what is weird actually? I took a picture with Drake before Miller got banned.’

‘Miller had his drug test and the whole fight went to pot. The fight got cancelled,’ he said during his appearance on The Michael Kay Show in May.

Joshua has now joined the list of sports stars including Arsenal forward Pierre-Emerick Aubameyang, Manchester United midfielder Paul Pogba and Paris Saint-Germain defender Layvin Kurzawa and Conor McGregor among others who have been affected by the Drake curse.

After Kurzawa was pictured with Drake, his team Paris Saint-Germain suffered  5 – 1 thrashing at the hands of Lille, the club’s heaviest league defeat in 19 years.

Back home in Nigeria,a group of people led by Nigerian media personality, Ebuka Obi Uchendu, has emphased that there is a curse attached with taking photographs with the singer.

Read what they are saying below:

I’m not even that superstitious. But I want to beat Drake 😓

Drake curse: Do I look like a joke to you!”
I ain’t ever taking a pic with Drake

“Snap with Drake and taste the feelings
Arsenal
Man united
Dortmund
Even Anthony Joshua, all can testify to it 🤦🏼‍♂️🤦🏼‍♂️🤦🏼‍♂️ pic.twitter.com/mTr9rmtFZH”