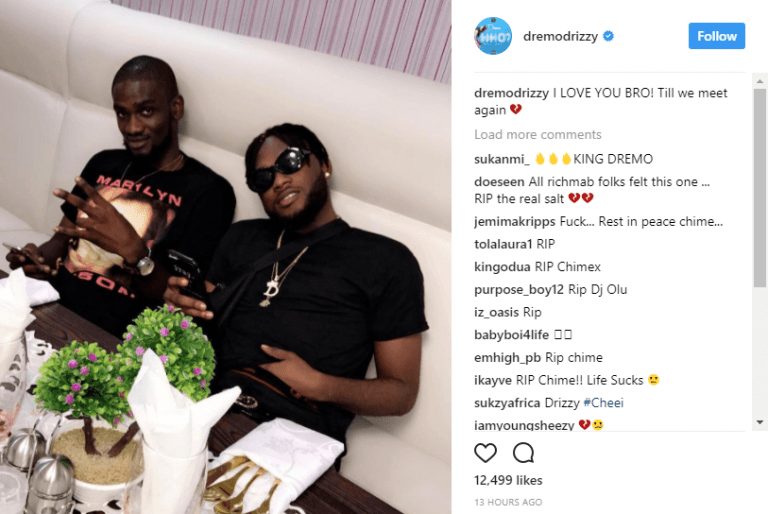 The bereaved music artist took to his Snapchat to express his sadness over the death of the guy who he considered a brother till his demise. He revealed that they had both performed amazingly well at many shows.

For four years, DJ Olu had been a die or ride hard brother of the music artist. Davido confessed to having a part of him broken with the early departure of his close buddy from the world. To think that DJ Olu died days after Tagbo died is simply heartbreaking for the vibrant star.

Another close friend of Davido, Dremodrizzy, took to his own page to express his sadness over the matter shedding more light on the death. DJ Olu and another friend of his, Chime, were found dead in the car of the former. Chime a friend of DJ Olu who also died in his car. Source: Instagram, Dremodrizzy. Unable to hold the pain down, Dremodrizzy took to his Instagram and Twitter pages to mourn the death of the two guys who were his friend. He kept asking why this had to happen when they were yet to get over the death of Tagbo.

I LOVE YOU BRO! Till we meet again ?

I woke up and want to go back to bed cos I dont fucking believe I’m waking up to this fucking world without Chime and Olu in it ???

Tiwa Savage Husband Surprises Her On Stage During AFRIMMA Awards

Finally!! Tagbo’s Sister Speaks Out On The Death Of Her Brother