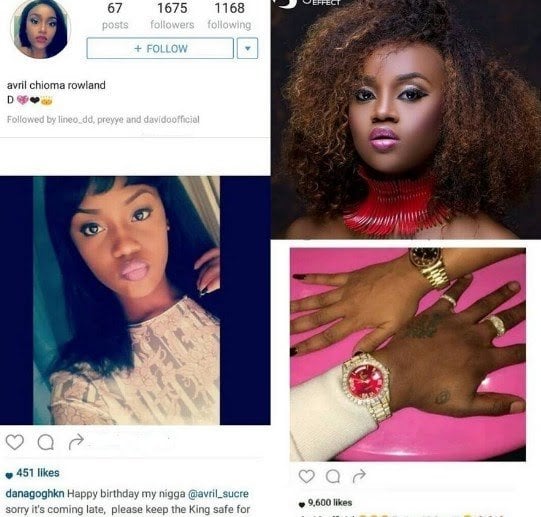 Davido‘s girlfriend Chioma Avril Roland is being accused by guy who goes by the social media handle Tzhardy of being promiscuous.

The accuser who appear to be a former Babcock called out the musician’s girlfriend on Twitter describing her as dirty in his post. According to Tzhardy, chioma has slept with alot of Babcock male students.

The guy who seems to know Davido to some extent also shaded him in the the process for his taste in women.

Recall that Davido is head over heels in love with his new girlfriend Chioma, whom he takes shopping and show her off every chance he gets on social media. He has even taken her home for a family event some times back. Although we are yet yo hear from David concerning this issue.

Perhaps it should be stated that the dude may just be seeking unnecessary attention. 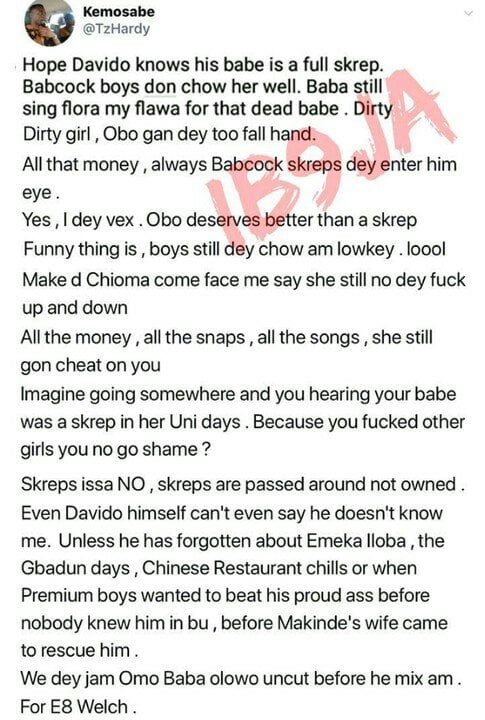 #BBNaija 2018: Nina’s boyfriend Collins deletes all her pics on Instagram

Unbelievable: “My Relationship With BamBam Is just A Game”- Bbn 2018 Housemate Teddy A Reveals