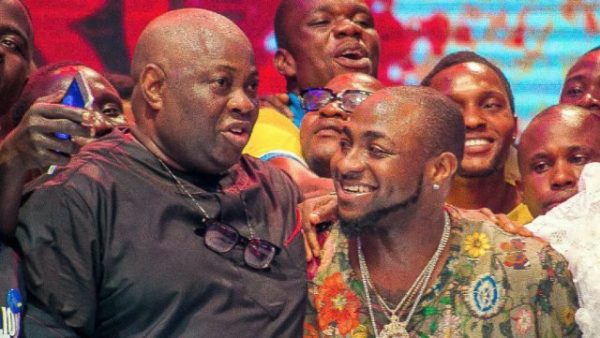 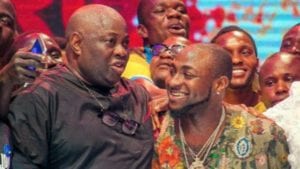 The Ovation Magazine boss, Dele Momodu who is an Uncle to Davido’s first baby mama, Sophie Momodu has said the fight with Davido 3 years ago was the greatest ever battle he’s had to face in life.

Recall, the fight started when the Issue of Imade’s custody, sprang up between both Adeleke and Momodu families. Notable of the events surrounding the fight was when an attempt by Davido and his family to smuggle Imade abroad without her mother’s consent was foiled by the ovation boss, Dele Momodu.

However, Davido made the fight lyrical by throwing jabs at Dele Momodu at every opportunity to get involved in a song. The popular line by Davido “Dele na my boy, Dele na my boy” on the song “Bad Baddo Baddest” by Falz Olamide was believed to be an attempt to ridicule Dele Momodu. The issue was later resolved in an outdoor meeting between the Momodu’s and the Adeleke’s.

While, addressing housemates at the ongoing Celebrity Housemates reality TV Show, Dele Momodu disclosed that his fight with Davido has to be the biggest battle he has ever fought in life. He stated that the fight was way bigger than the one he had with the Late Military President, Sanni Abacha.

“Fighting with David was my biggest battle ever. It was bigger than fighting Abacha because of the blistering popularity of David; he is an extremely popular guy and it was very unfortunate, (the devil is a liar) because a baby was involved; very beautiful girl, Imade.”

“When it happened, I tried my best to avoid a collision with the family because I am very close to the family especially because of Senator Ademola Adeleke. We used to sleep in the same house when I was in exile in London. Whenever Sen. Ademola was around, he would call me and then pick me up to his house and I’ll sleep there and when I need to go back to my own house he would drop me.”

“So when the baby issue came, I didn’t know about it, if Sophie (Davido’s first Babymama) didn’t tell me she was pregnant, I wouldn’t have known, she was able to hide it perfectly from everyone,” he said.

Davido issue was the biggest challenge of my life – Ovation Publisher, Dele Momodu _ The moment Dele Momodu was at #celebrityhousemates he talked about the issue between #Davido @davidoofficial and his Baby Mama, Sophia #dopetv #realityshow #davido #imade #sophia #babymama #davidobabymama #delemomodu

Wizkid And Obafemi Martins Party Together In Lagos