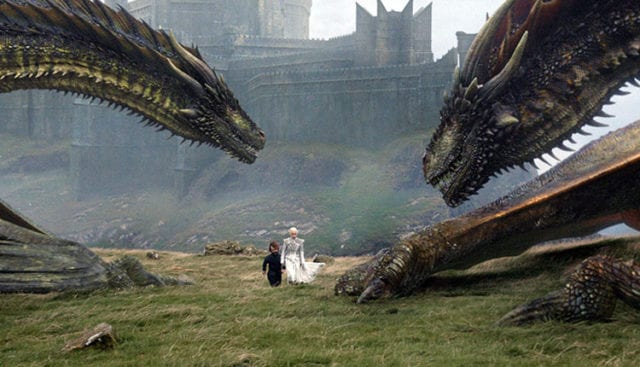 Tyrion, Daenerys Targaryen, and her dragons

The first episode of the much-awaited ‘Game Of Thrones‘ season eight has finally premiered. It has garnered maximum views within a short time span. Fans were excited to see their favorites on the screen once again. But not many know that Daenerys Targaryen and her dragons who play one of the major roles in the entire series are a hot favorite among the ‘GOT’ fans.

The dragons had made their appearance in season 1 when they hatched from their eggs as baby dragons to becoming full grown ones. In Season 7 one of the dragons(Viserion), had been killed by Night King to the dismay of all. He was later resurrected as the Ice Dragon.

In an interview with The Hollywood Reporter, Sven Martin of Pixomondo revealed all the challenges they faced as they made these dragons come alive on the small screen with the help of VFX.

“I think what most people can’t imagine is, how many different living animals influenced the dragons. Birds and bats were used as a flying reference and for anatomy studies, multiple types of lizards and crocodiles were used as models for skin structure and details, and even cheetahs were used as texture patterns. HBO production VFX supervisor Joe Bauer, for example, came up with the idea to add unfolding frills to the dragon design as threatening posture- a feature also existing in nature on the so-called ‘frilled lizards’”.

Catch the making of the first episode along with how they made the dragons fly with VFX in this video: