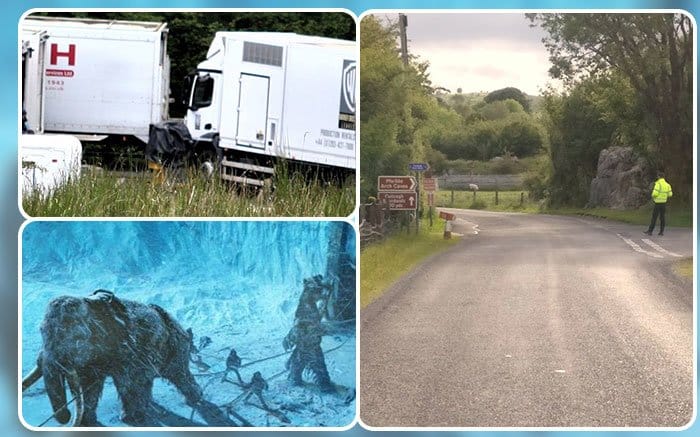 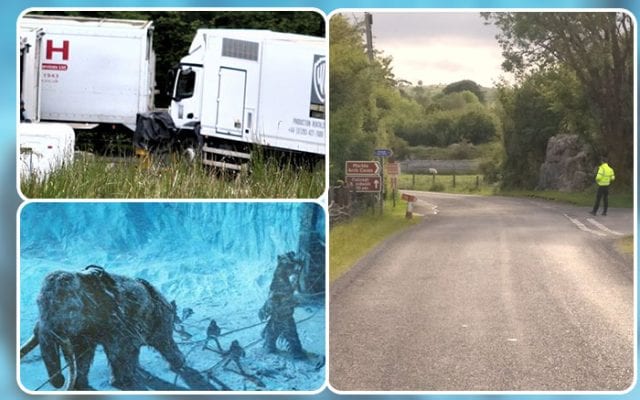 Games of Thrones prequel is titled as Bloodmoon.

The makers of Game of Thrones are coming with a prequel titled Bloodmoon and it is being shot in North Ireland. If you follow Game of Thrones, you will know it well that Red Wedding and the Battle of the Bastards were also shot in Northern Ireland. Now, a few BTS pictures have surfaced on the internet that are going viral. The pictures are shared by a few Twitter pages. Have a look at the pictures.

Where might we be today? There's a hint in the brown sign in the background 🙂
#bloodmoon#gotprequel pic.twitter.com/ezcMwFnufu

GoT Prequel : Loc- Marble Arch Caves
Apologies some problems with the focus on the long lens this evening – so some of these are a bit fuzzy. The only 'Prop'? I could see out in the open, partially covered over. #GoT_Prequel #Bloodmoon #GoT #GoT_Mammothcave pic.twitter.com/0k2feolN7Q

We've got more pics from behind the scenes of HBO's #GameofThrones prequel show! Bring on the mammoths! Bring on the weirwoods! https://t.co/7fZkXa1X5F

These pictures have increased our curiosity and we are now waiting with bated breath for the prequel.

As reported by Business Times, the Game of Thrones prequel would be set thousands of years before the battle of the kings. In the prequel, there will be stories of the Age of Heroes, the secrets of Westeros, the origin of the White Walkers, the mysteries of the east, and the Starks of legend.

Telegraph reported that Naomi Watts is taken on board and her character is similar to Cersei Lannister’s from Game of Thrones. Also, Josh Whitehouse, Naomi Ackie, Jamie Campbell Bower, Ivanno Jeremiah, Toby Regbo and Georgie Henley are also included in the cast.

‘Without Drake, nobody will know Wizkid’ – American OAPs