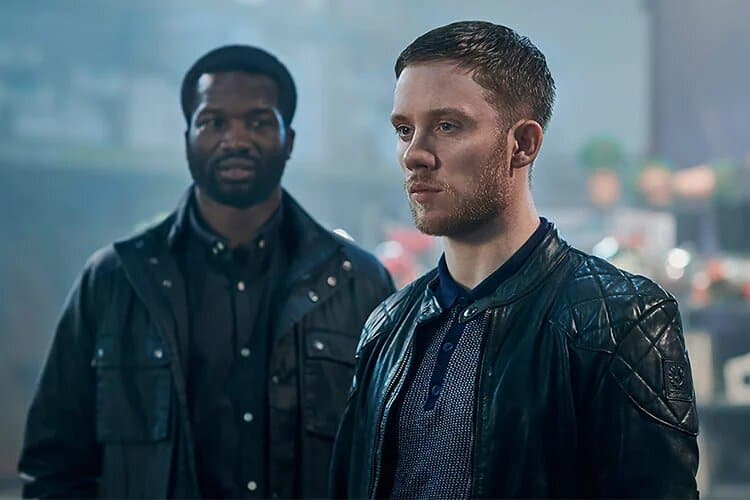 AMC has taken over the distribution of the series in the United States.

The first season of the Gangs of London series was released on Sky earlier in may, although it received almost positive and moderate reviews, viewers welcomed the criminal action series.

AMC is responsible for broadcasting the Gangs of London series in North America, and the first season of the series is scheduled to air this fall on AMC for viewers in the region. The Gangs of London series follow the story of London being torn apart by the turbulent power struggles of its international gangs and the sudden power vacuum that’s created when the head of London’s most powerful crime family is assassinated. Now it’s up to the grieving, volatile and impulsive Sean Wallace to restore control and find those responsible for killing his father.

Gangs of London was created by Gareth Evans and his creative partner Matt Flannery. Season two was commissioned by Zai Bennett, Sky UK’s Managing Director of Content and Cameron Roach, Director of Drama at Sky Studios, with Gabriel Silver as the Executive Producer for Sky Studios. Thomas Benski and Lucas Ochoa are the executive producers for Pulse Films alongside Jane Featherstone for Sister.

It was revealed earlier this year that HBO’s Cinemax would no longer be in the original commissioning game following the launch of HBO Max. The brand will continue as a linear network. In a short statement, Cinemax told Deadline, “We have appreciated tremendously the collaboration with Sky, Pulse Films, and Sister Pictures on Gangs of London, and we are glad that U.S. audiences will get to discover this exciting new series.”

“Gangs of London is a cinematic thrill ride that set screens ablaze with a stellar cast, elevated drama and epic storylines, and we couldn’t be more excited to raise the pulse of our audiences with this explosive crime series,” said Dan McDermott, President of Original Programming for AMC and Co-President of AMC Studios. “We’re grateful for the opportunity to partner with Sky Studios, Pulse Films and Sister to continue to push the boundaries on a bold new season of the series.”

“Gangs of London is dark, dangerous and we are thrilled it is coming back for a second series,” said Zai Bennett, Sky UK’s Managing Director of Content. “We couldn’t be more pleased to welcome AMC to our gang for Series two alongside the teams at Pulse Films, Sister and Sky Studios. Will the Wallace family rise again, will the Dumanis remain loyal to their new allies and who is Elliot really working for? All these questions and more will be waiting for Sky viewers when Gangs of London returns to screens in 2022.”