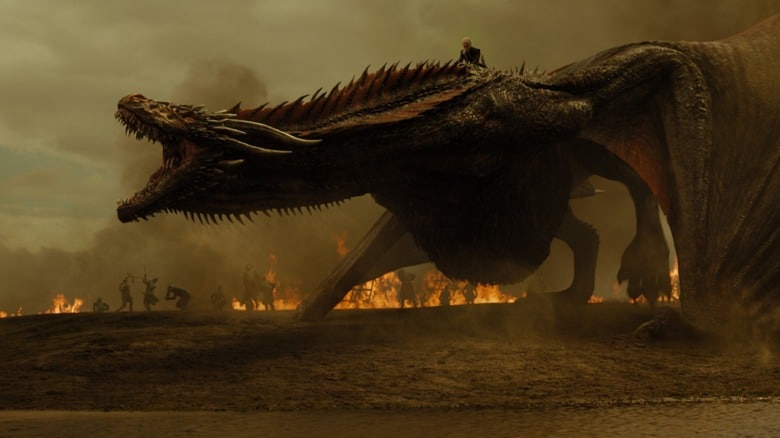 HBO has decided they are staying in the dragon business. It’s been a couple of years since “Game of Thrones” wrapped up, but that didn’t deter the cable giant from developing what I believe those in the business call a metric crap-ton of spin-offs. They have so many spin-offs that they could shoot a whole-ass pilot for one starring Naomi Watts and just go, “Naw, we’ll just go with another one.”

Prequel series “House of the Dragon” did move to series starring Emma D’Arcy as Rhaenyra Targaryen, Matt Smith as Daemon Targaryen, and Paddy Considine as King Viserys Targaryen and that comes to HBO and HBO Max this year sometime. But that’s not where the spin-offs stop, not by a long shot. They have AT LEAST three other live-action shows in development at the moment and thankfully “Game of Thrones” papa supreme George R.R. Martin has come in with a bit of an update on all of them. 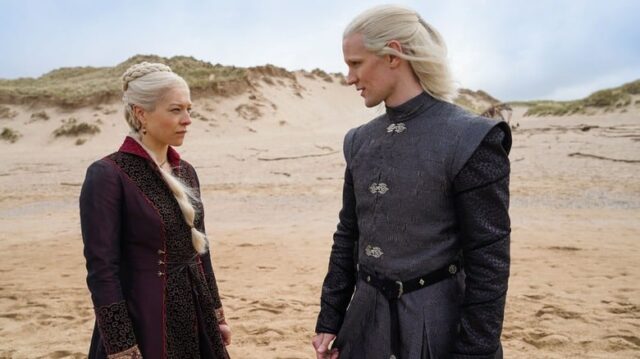 Posting to his cleverly titled “Not A Blog,” the author gave a big update on the projects he has in the works. He starts off by claiming, once again, that he’s gotten a lot of work done on the next “Game of Thrones” book, “The Winds of Winter,” but still has no time frame on when that’ll be finished.

But let’s not dwell on that, shall we? Instead, let’s dig into his comments about the HBO spin-offs, which he seems to be very involved with. In fact, he states that keeping the story in line on these shows is what has dominated most of his time over the pandemic. Here are his exact words:

“What can I tell you? Well, let’s see. Bruno Heller, the creator and showrunner of ROME, is writing his pilot script for the Corlys Velaryon series. That one started out as NINE VOYAGES, but now we’re calling it THE SEA SNAKE, since we wanted to avoid having two shows with numbers in the title. The other one TEN THOUSAND SHIPS, the Nymeria series. Amanda Segel, our showrunner, has delivered a couple drafts of that one, and we are forging ahead. The third of the live action shows is the Dunk & Egg series, helmed by Steve Conrad. My team and I have had some great sessions with Steve and his team, and we really hit it off. He’s determined to do a faithful adaptation of the stories, which is exactly what I want; these characters and stories are very precious to me. The first season will be an adaptation of the first novella, “The Hedge Knight.” Contrary to what you may have read on line, the show will not be called DUNK & EGG, which could be mistaken for a sitcom by viewers unfamiliar with the stories. We’re leaning toward A KNIGHT OF THE SEVEN KINGDOMS for the series title, though THE HEDGE KNIGHT has its partisans as well.”
He followed that up with some talk about an animated “Game of Thrones” show called “The Golden Empire” that will be set in Yi Ti.

So, yeah. HBO will be in the dragon business for a good long while to come, it seems. It’s always a tricky thing following up such a mega-hit, but if there’s a world that could support so many prequels, spin-offs, and adjacent stories it’s the one Mr. Martin set up.